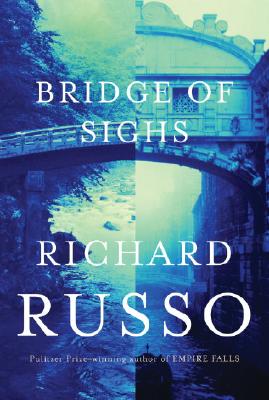 Six years after the best-selling, Pulitzer Prize-winning" Empire Falls, " Richard Russo returns with a novel that expands even further his widely heralded achievement.
Louis Charles ("Lucy") Lynch has spent all his sixty years in upstate Thomaston, New York, married to the same woman, Sarah, for forty of them, their son now a grown man. Like his late, beloved father, Lucy is an optimist, though he's had plenty of reasons not to be--chief among them his mother, still indomitably alive. Yet it was her shrewdness, combined with that Lynch optimism, that had propelled them years ago to the right side of the tracks and created an "empire" of convenience stores about to be passed on to the next generation.
Lucy and Sarah are also preparing for a once-in-a-lifetime trip to Italy, where his oldest friend, a renowned painter, has exiled himself far from anything they'd known in childhood. In fact, the exact nature of their friendship is one of the many mysteries Lucy hopes to untangle in the "history" he's writing of his hometown and family. And with his story interspersed with that of Noonan, the native son who'd fled so long ago, the destinies building up around both of them (and Sarah, too) are relentless, constantly surprising, and utterly revealing.
"Bridge of Sighs" is classic Russo, coursing with small-town rhythms and the claims of family, yet it is brilliantly enlarged by an expatriate whose motivations and experiences--often contrary, sometimes not--prove every bit as mesmerizing as they resonate through these richly different lives. Here is a town, as well as a world, defined by magnificent and nearly devastating contradictions.