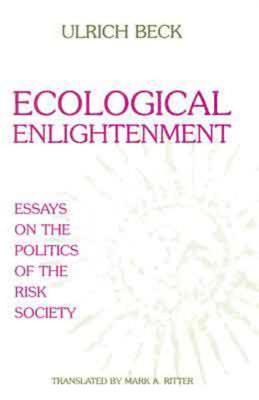 Ecological Enlightenment: Essays on the Politics of the Risk Society

Beck examines the politics of the risk society. He starts from the assumption that the ecological issue, considered politically and sociologically, is a systematic, legalized violation of fundamental civil rights and, from this position, adduces that the ecological conflict, politically speaking, is the successor to the industrial conflict.
One of his central concerns is to illustrate just how the establishment, but expressing as much concern over the environmental issues as the radical groups who first raised them, has endeavored to take over the debate and then effectively stifled it. Beck argues that the vested interests have developed a strategy of avoiding discussion of accountability by bringing mega-risks to the foreground so that containable risks are hidden in their shadow. He concludes by arguing that only by bringing the discussion back to the accountability issue as informed by social sciences can the political initiative be wrested back from the vested interests.

Title: Ecological Enlightenment: Essays on the Politics of the Risk Society

Ecological Enlightenment: Essays on the Politics of the Risk Society