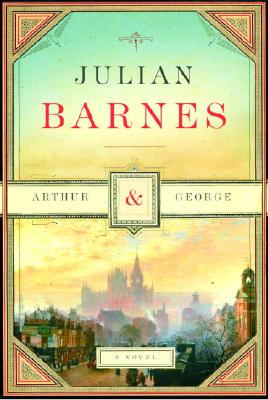 From one of England's most esteemed novelists, an utter astonishment that captures an era through one life celebrated internationally and another entirely forgotten.
In the vast expanse of late-Victorian Britain, two boys come to life: George, the son of a Midlands vicar, and Arthur, in shabby genteel Edinburgh, both of them feeling at once near to and impossibly distant from the beating heart of Empire. One falls prey to a series of pranks en route to a legal vocation, while the other studies medicine before discovering a different calling entirely, and it is years before their destinies are entwined in a mesmerizing alliance. We follow each through outrageous accusation and unrivaled success, through faith and perseverance and dogged self-recrimination, whether in the dock awaiting complete disgrace or at the height of fame while desperately in love with a woman not his wife, and gradually realize that George is half-Indian and that Arthur becomes the creator of the world's most famous detective. Ranging from London clubs to teeming prisons, from a lost century to the modern age, this novel is a panoramic revelation of things we thought we knew or else had no clue of, as well as a gripping exploration of what goals drive us toward whatever lies in wait-an experience resounding with issues, no less relevant today, of crime and spirituality; of identity and nationality; of what we think, what we believe and what we can prove.
Intriguing, relentless and, most of all, moving, "Arthur & George "richly extends the reach and achievement of a novelist described by the "Philadelphia Inquirer" as "a dazzling mind in mercurial flight."