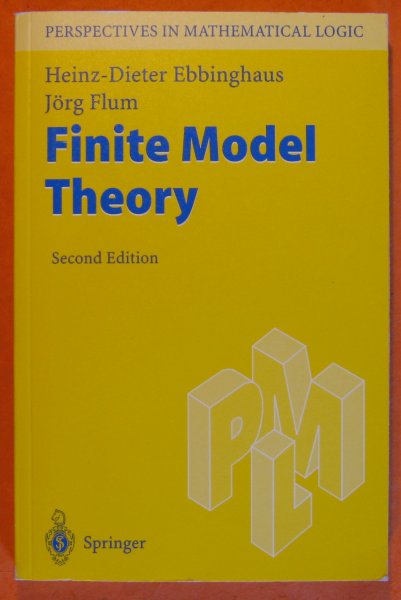 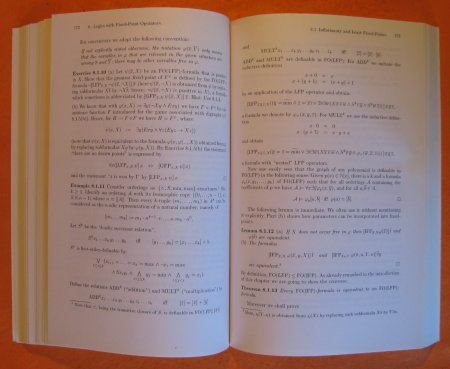 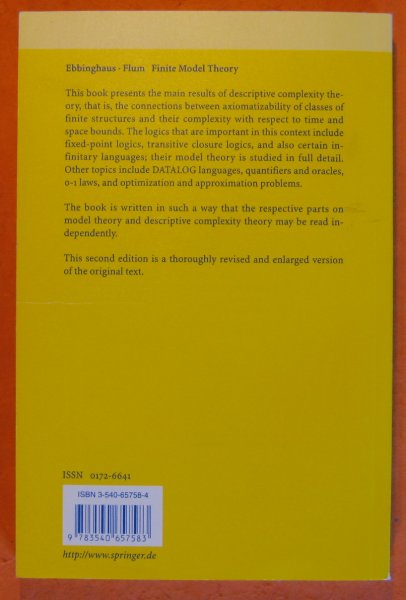 Finite model theory has its origin in classical model theory, but owes its systematic development to research from complexity theory. The book presents the main results of descriptive complexity theory, that is, the connections between axiomatizability of classes of finite structures and their complexity with respect to time and space bounds. The logics that are important in this context include fixed- point logics, transitive closure logics, and also certain infinitary languages; their model theory is studied in full detail. Other topics include DATALOG languages, quantifiers and oracles, 0-1 laws, and optimization and approximation problems. The book is written in such a way that the resp. parts on model theory and descriptive complexity theory may be read independently.