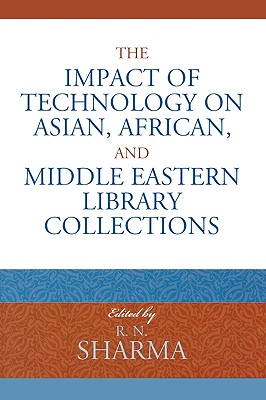 Libraries have been part of the human civilization for centuries by playing an important role in the development of people and societies and being instrumental in storing and retrieving information for scholars and other users. Many changes have been introduced in libraries from time to time in order to meet the needs of the changing world. During ancient times, information was written and stored on clay tablets and handwritten materials, which then changed to the printing materials employed during the medieval period. Then came microforms, CD-ROMS, and the online storage method, including databases on the World Wide Web. Technology is still very new to the libraries and their user; the western world having been just introduced to it during the second half of the twentieth century. Editor R.N. Sharma's travels to Asia, Africa, and the Middle East on library assignments have shown him that libraries in those regions are still far behind technologically as compared to the United States and other developed countries. In the Impact of Technology on Asian, African and Middle Eastern Library Collections, sixteen well-known scholars, library educators, and librarians from Asia, Africa, and the Middle East write about the impact of technology on library collections and services in their countries. Three authors from the United States contribute articles about Asian, African, and Middle Eastern Collections in the United States and the impact of technology on these collections and services. This collection of well written essays gives a clear picture of these countries' libraries as compared to the United States and the ways to bridge the gap between developed and developing countries of these regions.