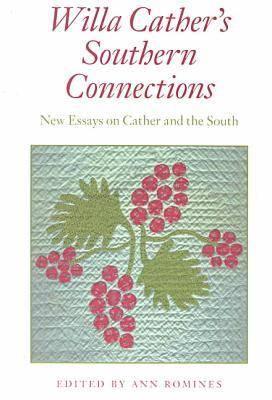 Willa Cather spent her first nine years in the Shenandoah Valley of Virginia, where her family had lived for five generations. Even after the Cathers' move to Nebraska, she came of age in an emphatically southern extended family, surrounded by Virginia stories, customs, and controversies. As Eudora Welty has declared, "She did not come out of Virginia for nothing." Throughout her career, Cather's fiction drew strength from the people, places, and issues of the Reconstruction South of her birth, culminating in her final novel, Sapphira and the Slave Girl.

Grounded both in traditional literary criticisms and in cultural studies, these sixteen essays make a compelling claim for the importance of Cather's southern connections.