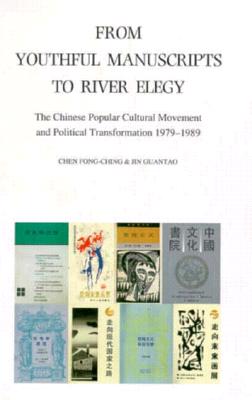 A clean, unmarked copy with a tight binding. 343 pages. Previous owner's name inside.

Among the many books dealing with the epochal changes of China during the eighties, this is probably the first full-length account of the popular cultural movement, or wenhuare. It is the result of collaboration between two Chinese intellectuals: a Beijing cultural activist who played a central role in the movement, and a Hong Kong academic who made first-hand observations of many of the events described. However, it is not personal experience, but rather interviews and documentary evidence on which this work is founded. The narrative has two parallel lines of development, which constantly interact with each other: the political transformation of China during the critical dozen years 1977-89; and the cultural movement itself. The latter followed from an abortive attempt in 1982 to publish the minjian journal Youthful Manuscripts, through the blossoming of many popular cultural enterprises, including the potent River Elegy television series, and finally to the Tiananmen tragedy, at which point the two lines of development finally coalesced. The book is filled with details, including the background, character, and personal connections of a large number of people who are related to the movement, which make interesting reading and can be a useful source for further studies. Two important (and somewhat surprising) links emerge from this essentially historical study: first, the origin of the movement is traced through Beijing University to earlier generations of intellectuals and hence the May Fourth Movement; secondly, it turns out that, even though the impetus of the movement came from intellectuals acting outside official channels, what had made it possible was really thetolerance, and even the good will and support of progressive elements within the Party. In this context the future role of Chinese intellectuals in the rapidly changing post-Deng China is discussed towards the end of the book.