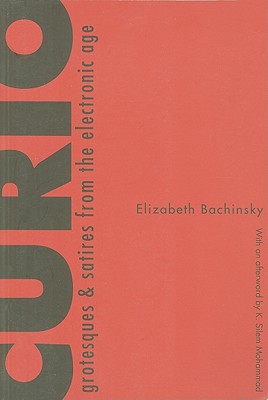 Poetry. With a new introduction by K. Silem Mohammad. In Canadian poet Elizabeth Bachinsky's first full-length collection of poems, you'll witness Antonin Artaud climb a beanstalk and eat his lover's foot as his most torrid affair is revealed in letters; you'll fear the Spy Cam's omniscient eye; you'll test your paranoiac tendencies as an alien abductee; and you'll watch as The Waste Land and The River Merchant's Wife hit the blender. Rejoice in poems without people, poems without authors and poems with no audience. Informed by the writings of the 20th century's (and even the 21st century's ) most eclectic authors, CURIO is quirky and sly--an ironic mixture simultaneously engaged with formal innovation and the retro avant-garde that heralds the arrival of a brave new poet.