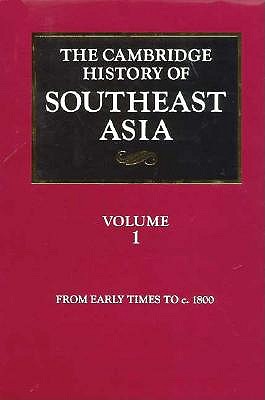 The Cambridge History of Southeast Asia: From Early Times to C. 1800 (Volume I)

Southeast Asia has long been seen as a unity, although other terms have been used to describe it: Further India, Little China, the Nanyang. The region has had a protracted maritime history. Confucianism, Buddhism, Islam, Hinduism, Christianity are all represented. It has seen a quintet of colonial powers - Britain, France, the Netherlands, Spain, the United States. Most recently, it has become one of the fastest growing parts of the world economy. The very term 'Southeast Asia' is clearly more than a geographical expression. The Cambridge History of Southeast Asia is a multi-authored treatment of the whole of mainland and island Southeast Asia from Burma to Indonesia. Unlike other histories of the region, it is not divided on a country-by-country basis and is not structured purely chronologically, but rather takes a thematic and regional approach to Southeast Asia's history. This volume, the first of two, covers the period from the region's pre-history up to the early nineteeenth century of the Christian era, tracing the development of early politics, the integration of religion with social and cultural life, the great changes caused by the advent of the Europeans in the region and the increasing incorporation of Southeast Asian trade into international markets. Under the editorship of Nicholas Tarling, Professor of History at the University of Auckland in New Zealand, each chapter is well integrated into the whole. Professor Tarling has assembled a highly respected team of international scholars who have presented the latest historical research on the region and succeeded in producing a provocative and exciting account of the region's history.

Title: The Cambridge History of Southeast Asia: From Early Times to C. 1800 (Volume I)

The Cambridge History of Southeast Asia: From Early Times to C. 1800 (Volume I)