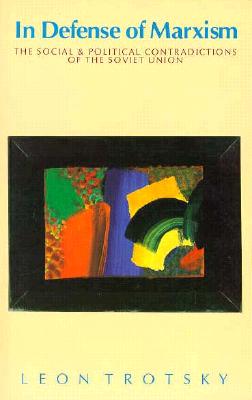 In Defense of Marxism: The Social and Political Contradictions of the Soviet Union

Writing in 1939-40, Leon Trotsky replies to those in the revolutionary workers movement who were beating a retreat from defense of the degenerated Soviet workers state in face of looming imperialist assault. He describes how the rising pressures of bourgeois patriotism in the middle classes during the buildup toward U.S. entry into World War II were finding an echo even inside the communist movement. And he explains why only a party that fights to bring growing numbers of workers into its ranks and leadership can steer a steady revolutionary course.

Title: In Defense of Marxism: The Social and Political Contradictions of the Soviet Union

In Defense of Marxism: The Social and Political Contradictions of the Soviet Union