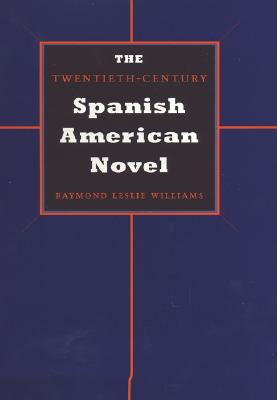 Ex-library copy with the usual stamps, stickers, etc. Binding is solid and text/interior is clean and free of marking of any kind. Text is perfect and book itself appears nearly new.

"Williams is among the very few scholars who are capable of producing such a sweeping perspective. . . . This study will be useful to specialized and non-specialized readers alike. For the latter, it provides a full grasp of the literary production coming out of Latin America during the entire twentieth century."

Spanish American novels of the Boom period (1962-1967) attracted a world readership to Latin American literature, but Latin American writers had already been engaging in the modernist experiments of their North American and European counterparts since the turn of the twentieth century. Indeed, the desire to be "modern" is a constant preoccupation in twentieth-century Spanish American literature and thus a very useful lens through which to view the century's novels.

In this pathfinding study, Raymond L. Williams offers the first complete analytical and critical overview of the Spanish American novel throughout the entire twentieth century. Using the desire to be modern as his organizing principle, he divides the century's novels into five periods and discusses the differing forms that "the modern" took in each era. For each period, Williams begins with a broad overview of many novels, literary contexts, and some cultural debates, followed by new readings of both canonical and significant non-canonical novels. A special feature of this book is its emphasis on women writers and other previously ignored and/or marginalized authors, including experimental and gay writers. Williams also clarifies the legacy of the Boom, the Postboom, and the Postmodern as he introduces new writers andnew novelistic trends of the 1990s.