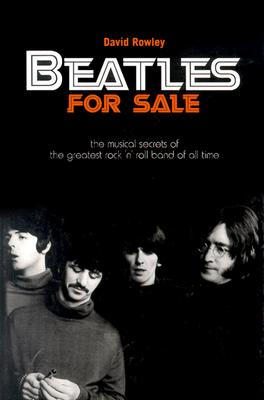 Beatles for Sale: The Musical Secrets of the Greatest Rock 'N' Roll Band of All Time

A look at the commercial compromises and recording secrets of the msot famous pop group ever. Marketed as cynically as any boy band of today, the Beatles may be the most extraordinary music phenomenon of the last century--but not everything is known about their songs. Here, for the first time, their songwriting and recording secrets are disclosed: their studio tricks, their songwriting formulas, the music they "stole" from others, and the commercial compromises they made to achieve hit status. Including a chronological survey that reveals something new about every song released, Beatles for Sale may be the most informative and frank account of their music ever written. Journalist David Rowley writes for numerous publications, including The Guardian, Time Out, and the Independent on Sunday.

Title: Beatles for Sale: The Musical Secrets of the Greatest Rock 'N' Roll Band of All Time

Beatles for Sale: The Musical Secrets of the Greatest Rock 'N' Roll Band of All Time