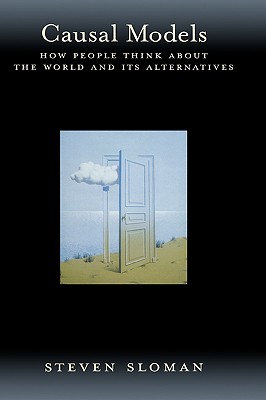 Causal Models: How People Think About The World And Its Alternatives

Human beings are active agents who can think. To understand how thought serves action requires understanding how people conceive of the relation between cause and effect, between action and outcome. In cognitive terms, how do people construct and reason with the causal models we use to represent our world? A revolution is occurring in how statisticians, philosophers, and computer scientists answer this question. Those fields have ushered in new insights about causal models by thinking about how to represent causal structure mathematically, in a framework that uses graphs and probability theory to develop what are called causal Bayesian networks. The framework starts with the idea that the purpose of causal structure is to understand and predict the effects of intervention. How does intervening on one thing affect other things? This is not a question merely about probability (or logic), but about action. The framework offers a new understanding of mind: Thought is about the effects of intervention and cognition is thus intimately tied to actions that take place either in the actual physical world or in imagination, in counterfactual worlds. The book offers a conceptual introduction to the key mathematical ideas, presenting them in a non-technical way, focusing on the intuitions rather than the theorems. It tries to show why the ideas are important to understanding how people explain things and why thinking not only about the world as it is but the world as it could be is so central to human action. The book reviews the role of causality, causal models, and intervention in the basic human cognitive functions: decision making, reasoning, judgment, categorization, inductive inference, language, and learning. In short, the book offers a discussion about how people think, talk, learn, and explain things in causal terms, in terms of action and manipulation.

Title: Causal Models: How People Think About The World And Its Alternatives

Causal Models: How People Think About The World And Its Alternatives