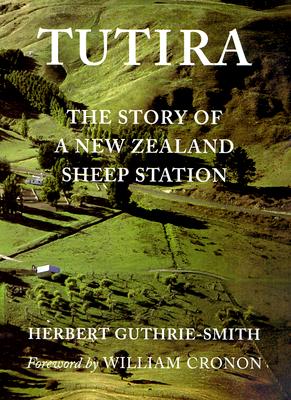 Tutira: The Story of a New Zealand Sheep Station

An environmental classic first published in New Zealand in 1921 but never before in the United States, Tutira describes the ways in which plants and animals introduced from Eurasia proliferated across the New Zealand countryside in the wake of European colonization of Maori territory. Similar events occurred in many other parts of the globe as well, and New Zealand's human-induced environmental change has parallels everywhere.

Herbert Guthrie-Smith emigrated in 1880 from Scotland to New Zealand, where he eventually held 40,000 acres on the shore of Lake Tutira, clipping as many as 30,000 sheep per season. What makes his book so remarkable is his astonishing attention to ecological detail as he explores in witty, anecdotal prose the tract of land that became his lifetime passion. Every living thing that made its home at Tutira -- animal and plant, native and nonnative, weed and nonweed -- became a subject for Guthrie-Smith's pen. Anyone seeking to understand the subtle, intricate ways human beings modify the natural world around them has much to gain from reading Tutira.

Title: Tutira: The Story of a New Zealand Sheep Station

Tutira: The Story of a New Zealand Sheep Station