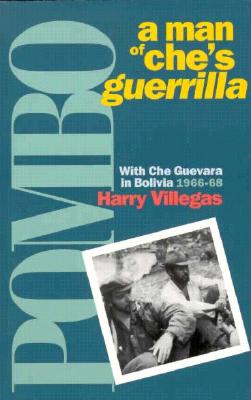 A clean, unmarked copy with a tight binding. 356 pages.

A never-before-published story of the 1966-68 revolutionary campaign in Bolivia led by Ernesto Che Guevara. It is the diary and account of Pombo -- a member of the guerrilla's general staff, a young Cuban fighter still in his 20s and already a veteran of a decade of struggle around the globe. Harry Villegas, known the world over by his nom de guerre, Pombo, is today a brigadier general in Cuba's Revolutionary Armed Forces. His day-by-day account of this epic chapter in the history of the America's illuminates the times we are living through and foreshadows the titanic battles that will mark the Americas of the 21st century.

Title: Pombo: A Man of Che's Guerrilla With Che Guevara in Bolivia 1966-68