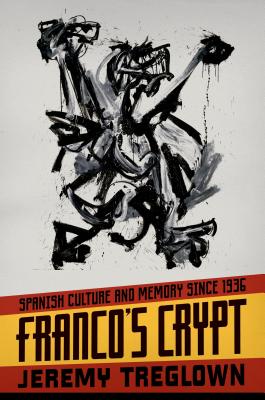 True, false, or both?

Spain's 1939-75 dictator, Francisco Franco, was a pioneer of water conservation and sustainable energy.

Pedro Almod var is only the most recent in a line of great antiestablishment film directors who have worked continuously in Spain since the 1930s.

As early as 1943, former Republicans and Nationalists were collaborating in Spain to promote the visual arts, irrespective of the artists' political views.

Memory is not the same thing as history.

Inside Spain as well as outside, many believe-wrongly-that under Franco's fascist dictatorship, nothing truthful or imaginatively worthwhile could be said or written or shown. In his groundbreaking new book, Franco's Crypt: Spanish Culture and Memory Since 1936, Jeremy Treglown argues that oversimplifications like these of a complicated, ambiguous actuality have contributed to a separate falsehood: that there was and continues to be a national pact to forget the evils for which Franco's side (and, according to this version, his side alone) was responsible.

The myth that truthfulness was impossible inside Franco's Spain may explain why foreign narratives (For Whom the Bell Tolls, Homage to Catalonia) have seemed more credible than Spanish ones. Yet La Guerra de Espa a was, as its Spanish name asserts, Spain's own war, and in recent years the country has begun to make a more public attempt to "reclaim" its modern history of fascism. How it is doing so, and the role played in the process by notions of historical memory, are among the subjects of this wide-ranging and challenging book.

Franco's Crypt reveals that despite state censorship, events of the time were vividly recorded. Treglown looks at what's actually there-monuments, paintings, public works, novels, movies, video games-and considers, in a captivating narrative, the totality of what it shows. The result is a much-needed reexamination of a history we only thought we knew.