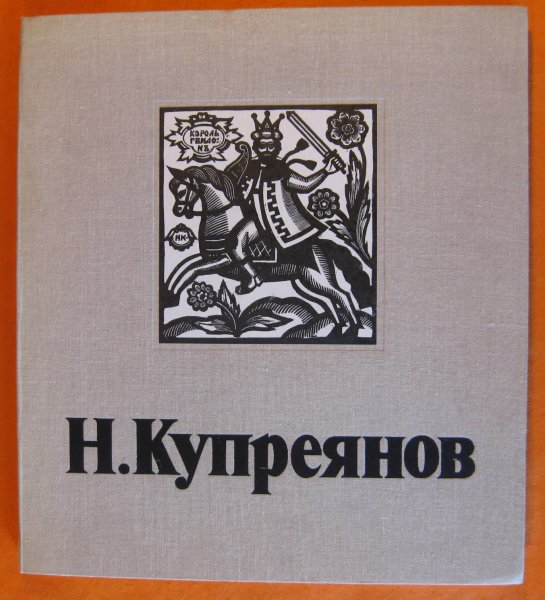 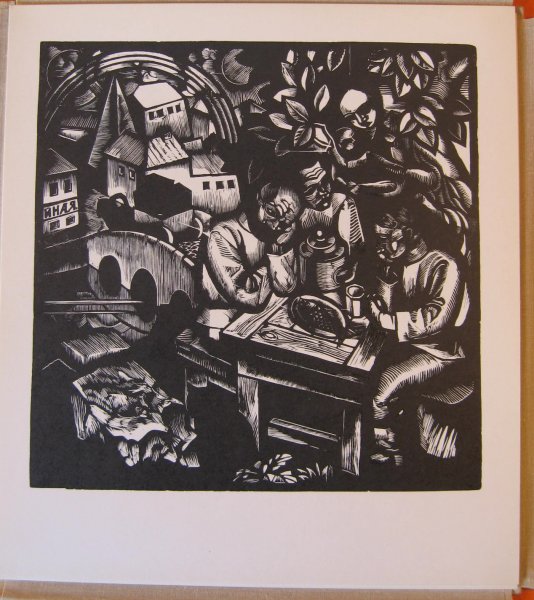 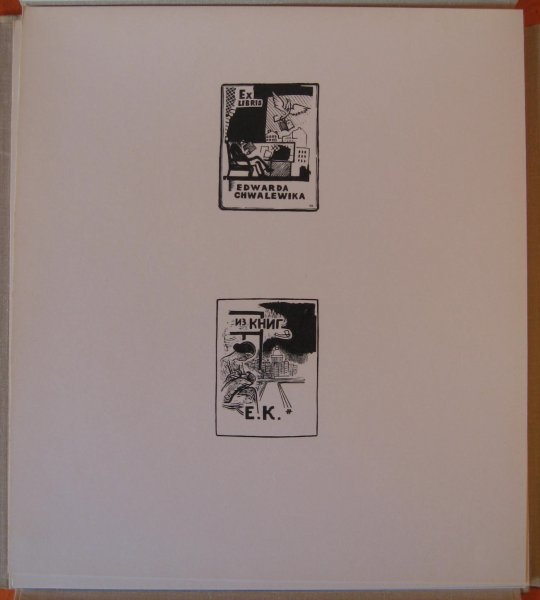 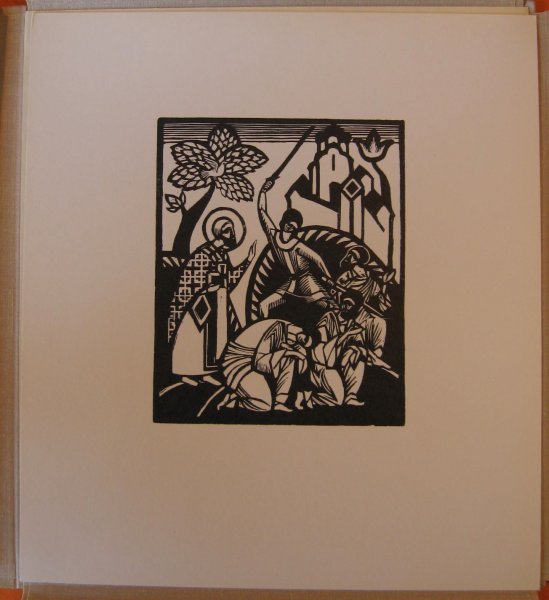 18 plates and a ten page pamphlet. Text in Cyrillic. In a beige cloth covered case with sunning and discoloration to spine, a small tear at bottom of spine, and penciled price on back. Small creases to edge of pamphlet. Prints are in Fine condition and are 26 cm x 29 cm. Number 63 of a limited edition of 500. Kupreianov was a Soviet graphic artist born in 1894, in the Polish People’s Republic; died July 29, 1933, in Moscow. "In 1910, Kupreianov studied in St. Petersburg with A. P. Ostroumova-Lebedeva and in the workshops of D. N. Kardovskii and K. S. Petrov-Vodkin. He was a member of the Society of Easel Painters and the Four Arts group. From 1922 to 1930 he was a professor at the Moscow Vkhutemas-Vkhutein, and from 1930 to 1933 he taught at the Moscow Institute of Printing. Most of Kupreianov’s early works are wood engravings, such as Armored Cars (1918) and The Cruiser Aurora (1923), imbued with revolutionary romanticism. His drawings of the 1920’s and 1930’s on industrial subjects reflect a keen perception and a sense of the rhythm and joy of labor. Emotional immediacy and an expressive sketch are combined with a precise rendering of objects in the series Railroad Tracks (india ink, 1927, Tret’iakov Gallery) and Fishing Season (watercolor, 1930-31, Tret’iakov Gallery and the A. S. Pushkin Museum of Fine Arts in Moscow). Kupreianov’s landscapes and interiors are marked by rich tonal variations, giving them a strikingly picturesque quality, and by a subtle mood. Kupreianov did the illustrations for Lunacharskii’s Bear’s Wedding (1924), Mayakovsky’s Fairy Tale About Petia, the Fatty, and About Sima, Who Is Much Thinner (1925), Gorky’s The Artamonovs, Mother, and The Town of Okurov (1931), and Fadeev’s The Rout (1932)." from The Great Soviet Encyclopedia (1979).