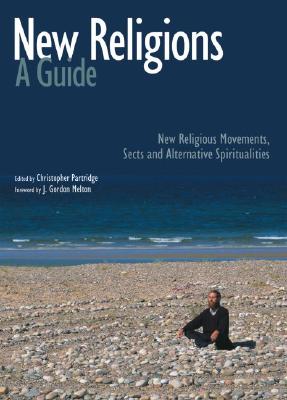 From Christian Science and the Jehovah's Witnesses to Soka Gakkai, Wicca, and Falun Gong, the last century and a half has seen an unprecedented growth of new religious movements, sects, and alternative spiritualities.
New Religions offers an authoritative and lavishly illustrated guide to more than two hundred of these wildly varied groups and movements. The volume is organized according to an entirely new method of classification, which associates movements, sects, and spiritualities with the religious traditions from which they arose. Rastafarianism, for example, is shown to have its roots in Christianity, while Bahai is an offshoot of Islam. Included are both long-established groups like the Seventh-Day Adventists and the Hutterites and more recent movements like Santeria, the Unification Church, and ISKCON (the "Hare Krishnas"). In addition to Christianity, Judaism, Islam, Zoroastrianism, Indian Religions, and the Religions of East Asia, sections are devoted to movements and groups inspired by Indigenous and Pagan Traditions, and by Western Esoteric and New Age Traditions. Particularly fascinating is the discussion of the religious offspring of Modern Western Culture, including Scientology, UFO-based groups (such as the Raelians), and even the worship of celebrities like Elvis and Princess Diana. Each entry clearly and concisely explains the history, beliefs and practices, and status in the world today of the movement or group in question. Special entries highlight broad topics such as New Religions in China as well as intriguing subjects such as Cargo Cults, Martial Arts, Astrology, and Feng Shui.
Written by specialists, New Religions is a fascinating and colorful guide to the bewildering array of religious and spiritual options available to the modern seeker.

Description: Book is in excellent condition in every respect, as new. Dust jacket shows light shelf wear only, no tears. Binding is solid. Text/interior is clean and neat with no marking of any kind. In business for 21 years we provide excellent customer service and ship in padded packing material to ensure you purchase arrives undamaged.