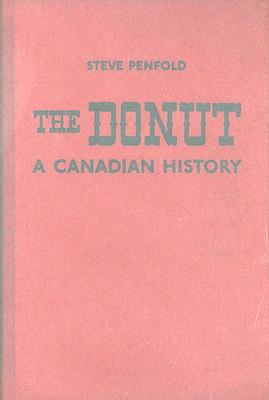 The Donut: A Canadian History

In Canada, the donut is often thought of as the unofficial national food. Donuts are sold at every intersection and rest stop, celebrated in song and story as symbols of Canadian identity, and one chain in particular, Tim Horton's, has become a veritable icon with over 2500 shops across the country. But there is more to the donut than these and other expressions of 'snackfood patriotism' would suggest. In this study, Steve Penfold puts the humble donut in its historical context, examining how one deep-fried confectionary became, not only a mass commodity, but an edible symbol of Canadianness.

Penfold examines the history of the donut in light of broader social, economic, and cultural issues, and uses the donut as a window onto key developments in twentieth-century Canada such as the growth of a 'consumer society, ' the relationship between big business and community, and the ironic qualities of Canadian national identity. He goes on to explore the social and political conditions that facilitated the rapid rise and steady growth of donut shops across the country.

Based on a wide range of sources, from commercial and government reports to personal interviews, The Donut is a comprehensive and fascinating look at one of Canada's most popular products. It offers original insights on consumer culture, mass consumption, and the dynamics of Canadian history.

Title: The Donut: A Canadian History

Description: Ex-library book with the usual stamps, stickers, etc. A clean, unmarked copy with a tight binding. Bright orange cover with slightly scuffed black lettering. Date stamped on bottom page ends. Slight sticker residue on cover. 256 pages. "For the historian, there are no banal things." Contents: Introduction: History from the Bottomless Cup; Faith, Efficiency, and the Modern Donut: Inventing a Mass Commodity, 1920-1960; "Our New Palce of Donut Pleasure": The Donut Shop and Consumer Culture, 1961-1976; "He Must Give Up Certain Things": Franchising and the Making of the Donut Shop, 1960-1980; Expansion and Transformation: Colonizing the Canadian Foodscape, 1974-1999; Eddie Shack Was No Tim Horton: Donuts and the Folklore of Mass Culture in Canada, 1974-1999; Conclusion: Commodity and Culture in Postwar Canada; Notes; Index.

The Donut: A Canadian History