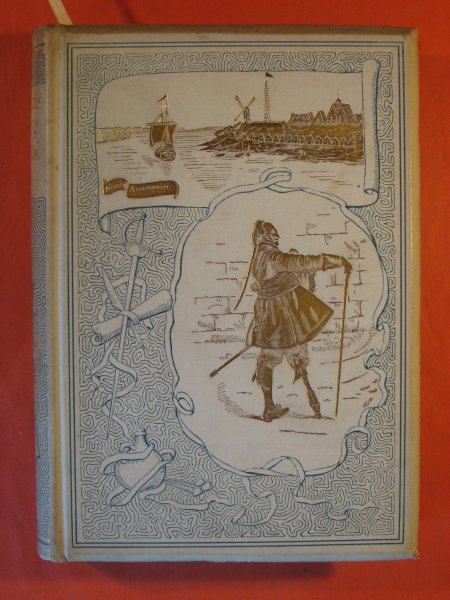 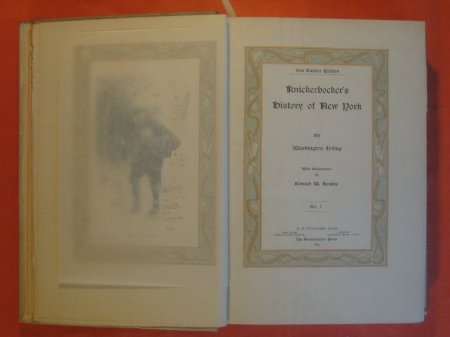 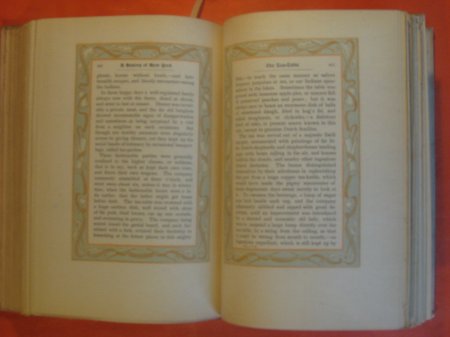 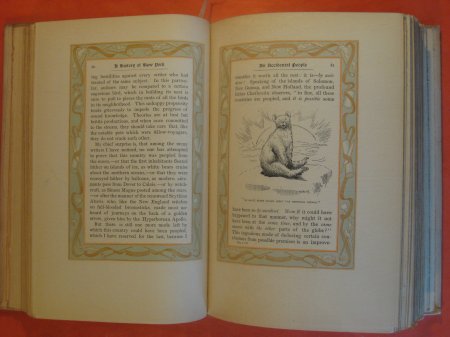 364 pages. 6 1/4"w x 8 7/8"h by 1 1/4"thick. Decorative cover with gilt and blue design and beveled edges is slightly soiled. Gilt top page ends. Decorative borders on every page. Previous owner's inscription and bookplate. Volume I only. Illustrated by Edward W. Kemble. "Washington Irving, an author, biographer, historian, and diplomat, completed his first major work, a satire of contemporary local history and politics entitled A History of New-York from the Beginning of the World to the End of the Dutch Dynasty, by Diedrich Knickerbocker in 1809. Prior to its publication, Irving started a promotional hoax (not unlike some modern-day publicity stunts?) by placing fake missing persons advertisements in local newspapers asking for help in locating Diedrich Knickerbocker. As a continuation of the hoax, Irving also published a notice purported to be written by the proprietor of the hotel where Knickbocker was staying, in which he threatened to publish a manuscript 'left behind' by Knickerbocker if the hotel bill was not paid. From 'The Author’s Apology': The main object of my work, in fact, had a bearing wide from the sober aim of history, but one which, I trust, will meet with some indulgence from poetic minds. It was to embody the traditions of our city in an amusing form; to illustrate its local humors, customs and peculiarities; to clothe home scenes and places and familiar names with those imaginative and whimsical associations so seldom met with in our new country, but which live like charms and spells about the cities of the old world, binding the heart of the native inhabitant to his home." (Summary by lubee930 from the text and adapted from Wikipedia)