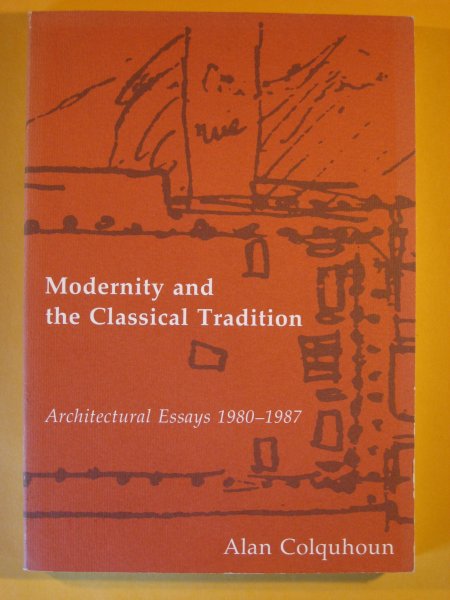 Since the early 1960s, the rigor and conceptual clarity of Alan Colquhoun's criticism and theory have consistently stimulated debate and have served as an impetus for the pursuit of new directions in both theory and practice. This new collection of essays displays Colquhoun's concern with developing a coherent discourse for the rampant pluralism that dominates contemporary architecture.In the first four essays Colquhoun carefully examines some of the concepts classicism, romanticism, historicism, and rationalism that have prevailed in architectural discourse during the past two centuries. He observes that all theories of architecture have in fact developed within the context of the changing meaning of history and continue to do so: "even today, the positions taken up by the various protagonists of the present architectural debate are based, explicitly or implicitly, on assumptions about the role of history in the formation of modern cultural values."Colquhoun then looks at the role of history in relation to the classical avant-garde. These three essays focus on Le Corbusier, whose work best exemplifies the tensions and contradictions of the modern movement as he attempted to mediate between past and present. Essays in the book's final section address current controversies, particularly the problem of so called postmodernism, anchoring the current predicament once again to the historical context in which we "think architecture."