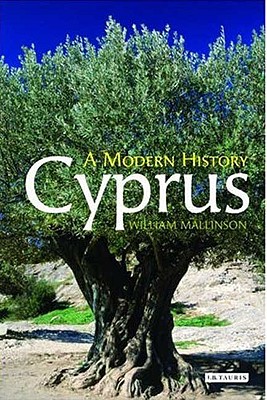 Book shows barely discernable wear to covers only with creaseless covers and spine, sharp corners on the covers, text/interior is clean and free of marking of any kind. 242 pages

In the troubled island of Cyprus, the national interests and rivalries of Greece and Turkey still collide, the population remains divided between the Greek and Turkish communities and the country is still a cat's paw of outside powers--especially the USA and the now resurgent Russia--as it has been since the acquisition of the island by Britain in 1878. These are problems that have been brought into sharp focus by Cyprus's entry into the European Union.

William Mallinson's book is a fast-moving and incisive narrative history which portrays Cyprus as a continuing source of international tension in the Mediterranean and beyond. It features the latest source material from the recently released National Archive, vivid interviews with key players, even reports which raise awkward and embarrassing questions. His critical eye uncovers the underlying story of American and British involvement in the island's affairs, first as a key territory in Cold War politics with its close proximity to the Middle East and Asia and now as a key asset in the "war on terror."