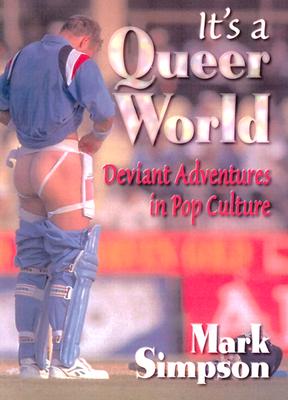 A clean, unmarked book with a tight binding. 230 pages.

In this hilariously perverse collection of essays, celebrated British writer and satirists Mark Simpson takes a warped look at a fin de siecle world of pop culture where nothing is as straight -- or as gay -- as it seems. You'll revel in Simpson's wild adventures and shocking "discoveries". Along the way, Simpson interviews Oscar Wilde and discovers that he's perplexed by all those rumors about his private life and would like to set the record straight; nearly has a fight with Jimmy Somerville (whom he describes as "a lesbian trapped in a gay man's body"); talks with London Suede about posing sodomites and why straights do camp so much better than dreary gays these days; "outs" Tom Cruise; discusses the cultural significance of foreskins with some U.S. Marines in Tijuana; and watches a groom being buggered by lesbian strippers at his stag night party.