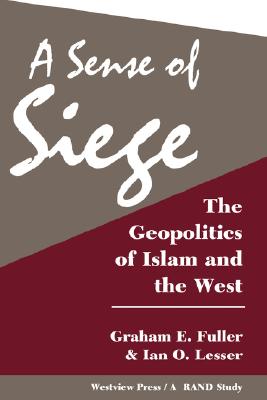 A Sense Of Siege: The Geopolitics Of Islam And The West (Rand Study)

A clean, unmarked book with a tight binding. 193 pages.

?The clash of civilizations? has become a common phrase in discussions of U.S.?Middle East relations. This book explores the nature of the friction between the Muslim world and Western states, looking at legitimate perceptions and grievances on both sides involving historical, political, economic, cultural, psychological, and strategic elements.Arguing that ?Islam versus the West? does not represent the arena of the next global ideological struggle, the authors examine specific issues of a bilateral nature that require careful handling to prevent the consolidation of states into opposing blocs. They discuss Islam's efforts to politically enhance the real power of Muslim states and to equalize relations with the West in the strategic arena; the enlarged role of Islam in the internal politics of Muslim countries; and the urgency of political, economic, and social change to break away from traditional authoritarian orders. A central theme of the book is that political Islam threatens the established order in most Muslim countries far more than it threatens the West and that violent confrontation can best be circumvented by integrating Islamist forces into the political process.

Title: A Sense Of Siege: The Geopolitics Of Islam And The West (Rand Study)

A Sense Of Siege: The Geopolitics Of Islam And The West (Rand Study)