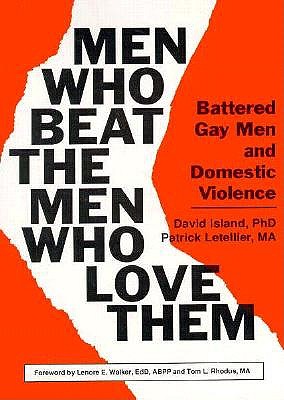 Book is in excellent condition. Binding is solid and square, covers have sharp corners, exterior shows no blemishes, text/interior is clean and free of marking of any kind. As new.

Domestic violence in gay male relationships is the third largest health problem for gay men in America today. Men Who Beat the Men Who Love Them breaks the silence surrounding gay male domestic violence and exposes this hidden yet prevalent and destructive problem. The authors paint a vivid picture of gay men 's domestic violence, bringing its brutality to life by including personal narratives, written by one of the authors, by clearly defining what it is and what it is not through lists of violent acts and criminal code categories, and by thoroughly examining and analyzing the criminal, mental health, medical, political, and interpersonal issues involved. The authors boldly depart from the battered women 's literature by asserting that batterers have a diagnosable mental disorder, that battering is not gender based, and that much further criminalization of domestic violence is necessary.Striving for victim advocacy, the book underscores the idea that gay men 's domestic violence is totally unacceptable and is caused solely by individual abusive gay men who choose to batter. The book builds on and departs from what is known about domestic violence, with the authors challenging several fundamental premises in the literature, unabashedly identifying battering as a mental disorder. The authors explain that victims cannot stop their battering partners from battering and virtually all batterers choose to harm their partners in a premeditated fashion. The authors provide practical steps and suggestions for victims who want to leave and stay away from their violent partners and for friends who want to help battered gay men. Chapters describe the scope of the problem and refute myths and misconceptions. There are several detailed theory chapters in which the authors explain why gay men 's domestic violence occurs, who the batterers are, who the victims are at different stages of victimization, and how domestic violence can be stopped. A visionary, wide-ranging governmental and private plan of action is introduced, including lists of necessary laws and policies, as well as outlines of strong education, training, and advertising problems needed in various sectors of society. As a self-help book, Men Who Beat the Men Who Love Them provides practical information on a never-before discussed topic. As a trainer 's manual or teaching guide, it includes specific criteria for understanding the problem and for providing treatment.