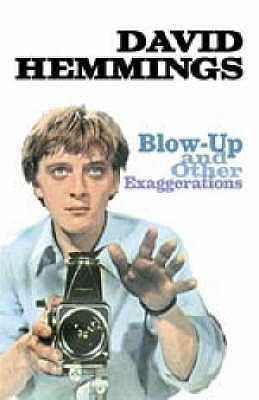 Blow-Up and Other Exaggerations: The Autobiography of David Hemmings

A clean, unmarked book with a tight binding. 454 pages.

In 1967 Antonioni's 'Blow Up' was received by stunned audiences across the world. It was one of the most beautiful and enigmatic pictures to capture the zeitgeist and by the end of '60s, David Hemmings who played the central role, was one of the biggest movie stars in the world. From ordinary beginnings, with a doting mother and a father bitterly determined to see his son succeed where he had failed, Hemmings was launched early into an extraordinary life at the age of 12, when he was picked by Benjamin Britten to sing in his new operatic version of 'The Turn of the Screw'. Becoming something of a muse to Britten, a normal life was impossible and, going on to stage school in London, David was soon appearing regularly on films and television. His relationship with his father though, had deteriorated beyond repair, and he was left to look after himself. Hemmings's career spanned 50 years, from a quintessentially charismatic icon of the swinging sixties, to a hugely influential television director and producer, of the 'A-Team', 'Quantum Leap' and 'Airwolf', among others.The book has a 16 page plate section of exclusive colour and black and white photos from the family album, as well as previously unseen pictures from friends. Anecdotes from the sets of films from 'Barbarella' and 'Blow Up' to 'Gladiator' and 'Gangs of New York', and insights into Hollywood and the lives of his numerous famous friends and acquaintances make this the essentail reference to one of Britain's most accomplished actors.

Title: Blow-Up and Other Exaggerations: The Autobiography of David Hemmings

Blow-Up and Other Exaggerations: The Autobiography of David Hemmings