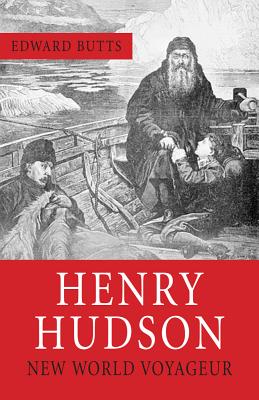 In 1607 Henry Hudson was an obscure English sea captain. By 1610 he was an internationally renowned explorer. He made two voyages in search of a Northeast Passage to the Orient and had discovered the Spitzbergen Islands and their valuable whaling grounds. In the process, Hudson had sailed farther north than any other European before him. In 1609, working for the Dutch, he had explored the Hudson River and had made possible a Dutch colony in America possible.

Sailing from England in 1610, on what would be his most famous voyage, Hudson began his search for the Northwest Passage through the Canadian Arctic. This was also his last exploration. Only a few of the men under his command lived to see England again. Hudsons expedition was one of great discovery and even greater disaster. Extreme Arctic conditions and Hudsons own questionable leadership resulted in the most infamous mutiny in Canadian history, and a mystery that remains unsolved.

Description: Ex-library book with the usual stamps, stickers, etc. Binding is solid and text/interior is clean and free of marking of any kind. Nice clean copy with library markings on covers.