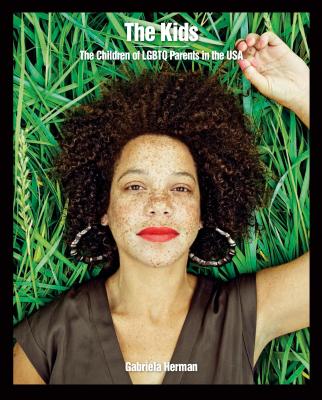 The Kids: The Children of LGBTQ Parents in the USA

PAPERBACK ORIGINAL
A stunning new photobook featuring more than fifty portraits of children brought up by gay parents in America, sixth in a groundbreaking series that looks at LGBTQ communities around the world

Judges, academics, and activists keep wondering how children are impacted by having gay parents. Maybe it's time to ask the kids. For the past four years, award-winning photographer Gabriela Herman, whose mother came out when Herman was in high school and was married in one of Massachusetts' first legal same-sex unions, has been photographing and interviewing children and young adults with one or more parent who identify as lesbian, gay, trans, or queer. Building on images featured in a major article for the New York Times Sunday Review and The Guardian and working with the Colage organization, the only national organization focusing on children with LGBTQ parents, The Kids brings a vibrant energy and sensitivity to a wide range of experiences.

Some of the children Herman photographed were adopted, some conceived by artificial insemination. Many are children of divorce. Some were raised in urban areas, other in the rural Midwest and all over the map. These parents and children juggled silence and solitude with a need to defend their families on the playground, at church, and at holiday gatherings.

This is their story.

The Kids was designed by Emerson, Wajdowicz Studios (EWS).

Title: The Kids: The Children of LGBTQ Parents in the USA

The Kids: The Children of LGBTQ Parents in the USA