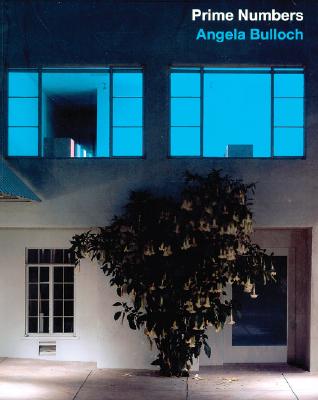 Book is in excellent condition in every respect, as new. Binding is solid and square, covers have sharp corners, exterior shows no blemishes, text/interior is clean and free of marking of any kind. 1st Edition. 11x8.5", 287p, illustrated covers w/french flaps, published in connection with the exhibitions 'To the Power of 4' at the Secession, Vienna (2005), 'Angela Bulloch' at Modern Art Oxford (2005), Angela Bulloch at De Pont, Tilburg (2006) and 'Angela Bulloch' in The Power Plant, Toronto (2006). Text in English and German, full color photos from the exhibitions as well as many prints.

This Canadian-born, Berlin-based Conceptual artist, often grouped with England's YBAs--she lived in the UK from 1977-1988, attended Goldsmiths College and was nominated for the 1997 Turner Prize--specializes in interactive sound and light sculpture. Her practice came to prominence in the 1990s with work that included lamps that dimmed or brightened in the presence of a viewer and "drawing machines" that were triggered by a viewer's touch, sound or movement. Since 2000, Bulloch has been creating increasingly ambitious installations based on the "pixel box," a highly innovative sculptural unit that combines a Minimalist cube with a programmable light system capable of illuminating almost 17,000,000 color permutations. Arranged in stacks, rows, or cinemascope screens, the boxes produce a sequence of changing colors and rhythms, creating space-altering environments that are captivatingly beautiful, while conceptually rigorous, referring to art history, film, music, TV and popular culture. This catalogue, which accompanied Bulloch's Fall 2006 exhibition at The Power Plant in Toronto, includes installation shots, essays, descriptive texts, interviews and a biography.