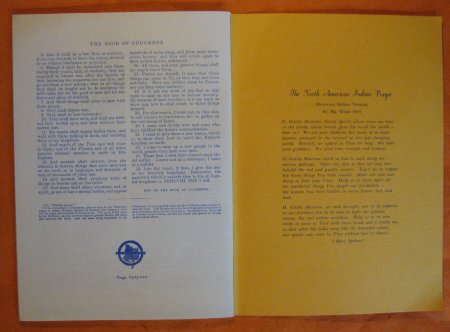 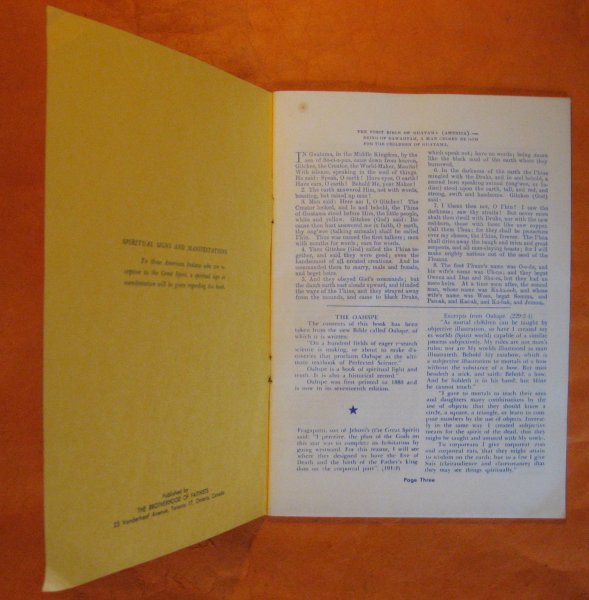 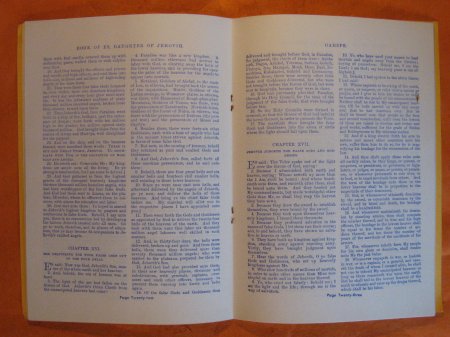 42 pages. 6 3/4"w x 9 1/2"h. Stain on cover and tape on interior page. Printed in purple ink. No date of publication shown, probably from the 1950's. Appears to be excerpts from Oahspe ("Oahspe: A New Bible is a book published in 1882, purporting to contain "new revelations" from "...the Embassadors of the angel hosts of heaven prepared and revealed unto man in the name of Jehovih..."It was produced by an American dentist, John Ballou Newbrough (1828-1891), who reported it to have been written by automatic writing, making it one of a number of 19th-century spiritualist works attributed to that practice. Oahspe defines adherents of the disciplines expounded in Oahspe as "Faithists"."[Wikipedia]). Scarce.