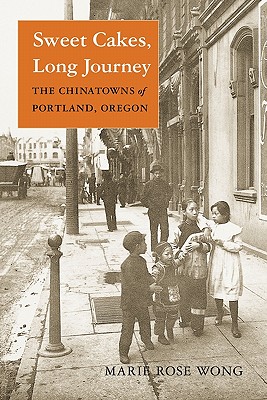 Around the turn of the twentieth century, and for decades thereafter, Oregon had the second largest Chinese population in the United States. In terms of geographical coverage, Portland's two Chinatowns (one an urban area of brick commercial structures, one a vegetable-gardening community of shanty dwellings) were the largest in all of North America.

Marie Rose Wong chronicles the history of Portland's Chinatowns from their early beginnings in the 1850s until the repeal of the Chinese Exclusion Act in the 1940s, drawing on exhaustive primary material from the National Archives, including more than six thousand individual immigration files, census manuscripts, letters, and newspaper accounts. She examines both the enforcement of Exclusion Laws in the United States and the means by which Chinese immigrants gained illegal entry into the country.

The spatial and ethnic makeup of the combined "Old Chinatown" afforded much more contact and accommodation between Chinese and non-Chinese people than is usually assumed to have occurred in Portland, and than actually may have occurred elsewhere. "Sweet Cakes, Long Journey" explores the contributions that Oregon's leaders and laws had on the development of Chinese American community life, and the role that the early Chinese immigrants played in determining their own community destiny and the development of their Chinatown in its urban form and vernacular architectural expression.

"Sweet Cakes, Long Journey" is an original and notable addition to the history of Portland and to the field of Asian American studies.

Marie Rose Wong is an assistant professor specializing in urban design at the Institute of Public Service, Seattle University.