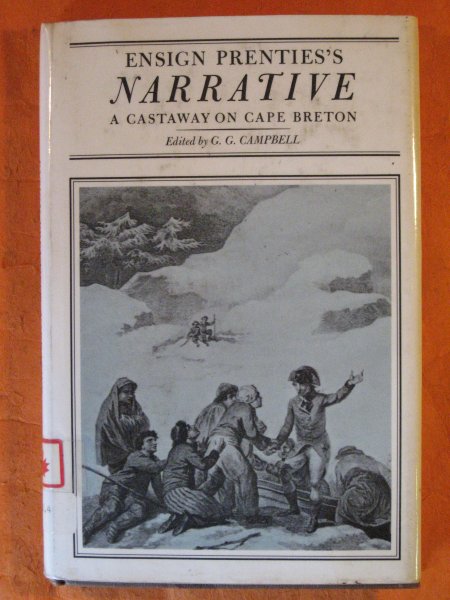 Ensign Prenties's Narrative : a Castaway on Cape Breton; Edited with an Historical Setting and Notes

Ex-library book with the usual stamps, stickers, etc. Binding is solid and text/interior is clean and free of marking of any kind. Edited version of the Narrative of a shipwreck on the Island of Cape Breton, in a boyage from Quebec 1780. A first hand account of a British sailor who was stranded on Cape Breton Island when his ship sank in a storm. Prenties and five others were rescued by friendly Indians and he eventually made his way back to Britain.

Susan Zuccotti narrates the life and work of Pere Marie-Benoit, a courageous French Capuchin priest who risked everything to hide Jews in France and Italy during the Holocaust. Who was this extraordinary priest and how did he become adept at hiding Jews, providing them with false papers, and helping them to elude their persecutors? From monasteries first in Marseille and later in Rome, Pere Marie-Benoit worked with Jewish co-conspirators to build remarkably effective Jewish-Christian rescue networks. Acting independently without Vatican support but with help from some priests, nuns, and local citizens, he and his friends persisted in their clandestine work until the Allies liberated Rome. After the conflict, Pere Marie-Benoit maintained his wartime Jewish friendships and devoted the rest of his life to Jewish Christian reconciliation. Papal officials viewed both activities unfavorably until after the Second Vatican Council (Vatican II), 1962-1965.

To tell this remarkable tale, in addition to her research in French and Italian archives, Zuccotti personally interviewed Pere Marie-Benoit, his family, Jewish rescuers with whom he worked, and survivors who owed their lives to his network.

Title: Ensign Prenties's Narrative : a Castaway on Cape Breton; Edited with an Historical Setting and Notes

Ensign Prenties's Narrative : a Castaway on Cape Breton; Edited with an Historical Setting and Notes