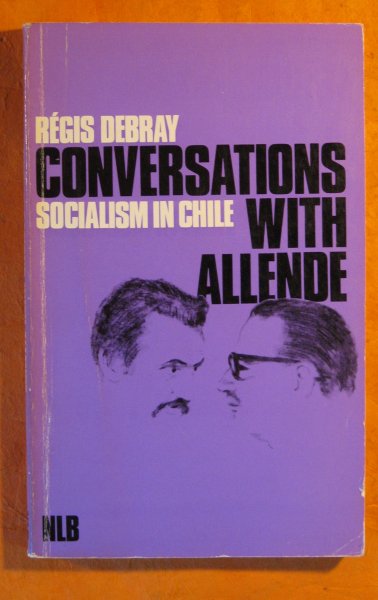 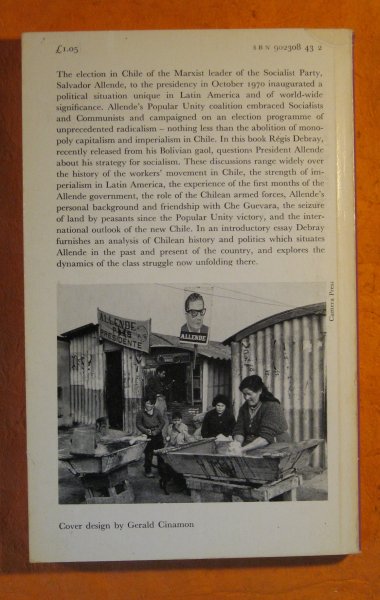 Conversations with Allende: Socialism in Chile

A clean, unmarked book with a tight binding. 190 pages. Slight wear to cover.

The election in Chile of the Marxist leader of the Socialist Party, Salvador Allende, to the presidency in October 1970 inaugurated a political situation unique in Latin America and of world-wide significance. Allende's Popular Unity coalition embraced Socialists and Communists and campaigned on an election programme of unprecedented radicalism - nothing less than the abolition of monopoly capitalism and imperialism in Chile. In this book Regis Debray, recently released from his Bolivian gaol, questions President Allende about his strategy for socialism. These discussions range widely over the history of the workers' movement in Chile, the strength of imperialism in Latin America, the experience of the first months of the Allende government, the role of the Chilean armed forces, Allende's personal background and friendship with Che Guevara, the seizure of land by peasants since the Popular Unity victory, and the international outlook of the new Chile. In an introductory essay Debray furnishes an analysis of Chilean history and politics which situates Allende in the past and present of the country, and explores the dynamics of the class struggle now unfolding there.

Conversations with Allende: Socialism in Chile