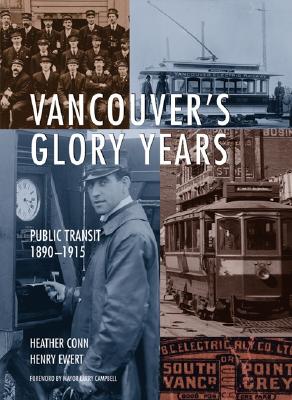 This book reveals one of the greatest eras in Vancouver's history, an era before automobiles when people, regardless of race, religion, or social status, rode together in the same shared vehicles.

From the 1890s to 1915, state-of-the-art electric street cars and interurbans carried citizens from downtown to the farthest reaches of the Lower Mainland. Vancouver's early "people's vehicles" with affordable fares carved an exciting new future for the city of 10,000 residents who otherwise had only their feet, a bicycle, or a costly horse and carriage ride for transportation through the muddy urban streets. The way the city developed was dependent on public transit, and even modern transit is very much indebted to the earliest plans.

As well as a history of transit, this book explores the dramatic ways Vancouver was changing at the turn of the 20th century. It reveals the individuals and the groups who were involved in carving the city from the wilderness, and creating a glamorous metropolis. Over 150 archival images of classic streetcars and conductors, city streets and buildings reveal Vancouver as it was then.