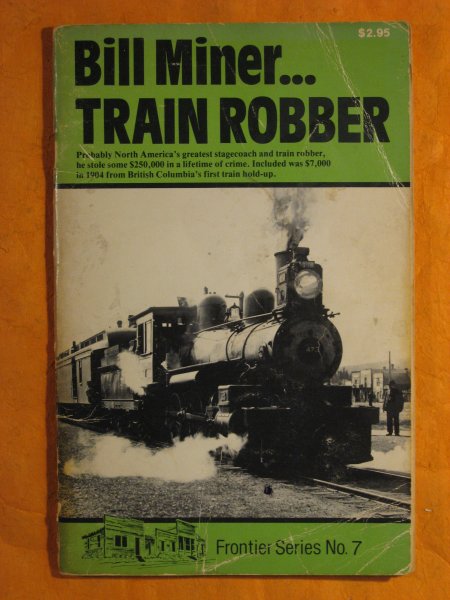 55 page pamphlet, fairly beat-up but still well bound with several maps, b&w photos depicting a couple of guys who do look like train robbers. Good style pointers. Cover reads "Probably North america's greatest stagecoach and train robber, he stole some $250,000 in a lifetime of crime. Included was $7,000 in 1904 from British columbia's first train hold-up. (Please note this was in the day when 26 year old Amazon workers were not knocking down 150 K. ) Chapters include Mission Junction Caper, Bill Miner on the Loose, The Portland Fiasco, Disaster at Ducks, The Last Escape.

Bill Miner entered San Quentin Penitentiary in 1866. It was the start of a career. Pinkerton Detective Agency acclaimed him master criminal of the West -- credited with stealing over $250,000 from stagecoaches and trains. He inspired the critically acclaimed movie Grey Fox. A master of escape, he twice managed the fear while in Georgia's Milledpeville State Prison. He was over 70 at the time.