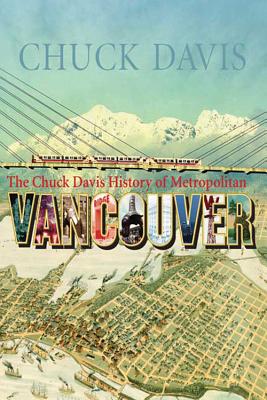 In his ambitious magnum opus, The Chuck Davis History of Metropolitan Vancouver, author Chuck Davis embraced 125 years of material, with the signature exuberance and talent for storytelling that made him one of Vancouver's most successful and beloved journalists and broadcasters. This volume represents the culmination of his life as a folk historian, someone who was obsessed and delighted by all things Vancouver, and of his immense contribution to historical knowledge of the city of Vancouver. It was nearly realized, but not quite completed before his death in November, 2010.

Harbour Publishing worked with Davis on The Chuck Davis History of Metropolitan Vancouver for five years, and has collaborated with the Vancouver Historical Society to complete the volume in 2011 to mark the city's 125th anniversary, as was the author's plan. Arranged chronologically, and illustrated with a trove of archival photographs, this volume includes influential characters both famous, like White Spot founder Nat Bailey, and nearly-forgotten, like Sara Anne McLagan, the first female publisher of a daily newspaper in Canada, plus many tales of eccentric locals and celebrity visitors. Here too are Vancouver's unforgettable and formative events, from the tragic collapse of the Second Narrows Bridge to the city's first rock 'n' roll concert ("the ultimate in musical depravity").

The story of how Vancouver grew from a ramshackle tumble of stumps, brush and crude wooden buildings to today's urban metropolis turns out to be interesting, complicated, frequently rancorous and occasionally even funny. And the book is, as the author hoped, "fun, fat and filled with facts."