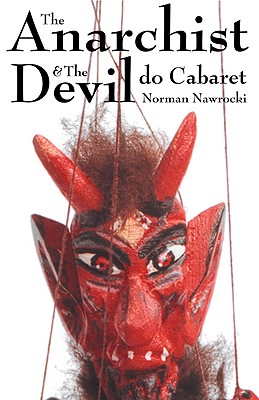 The Anarchist And The Devil Do Cabaret

When the internationally acclaimed rock'n'roll cabaret band "Rhythm Activism "toured Europe in order to promote their newest CD, it was through a Europe in transition that they traveled--a Europe marked by political and racial tension. Being equally at home in hard core clubs, poetry festivals, soup kitchens, the netherworld of squats, or urine drenched dives and youthfully, defiant haunts where cultural resistance rules, they drew immediate followers. "The Anarchist and The Devil Do Cabaret "is an amazing portrayal of that tour, told with a sense of humor, a down-to-earth perception, and in the tradition of Jack Kerouac's "On the Road "or Henry Rollins' "Get In the Van."

Inspired by encounters with Europe's new multi-racial underclass--the working poor, street people, immigrants, refugees, marginalized youth, the aged--this book is not merely an insider's look into the state of rock'n'roll, it is, as well, a commentary on the state of Europe in the late 20th century. In a wonderful reversal of tradition, every so often Nawrocki slips from his chronicles of life into short fiction pieces. These stories, real and exaggerated, are filled with a cast of friends, lovers, and fellow travelers--panhandlers and anarchists, the unemployed and underemployed dreaming of better times, neo-Nazis and skinheads trapped in hateful lives, prostitutes risking everything, gypsy ghetto boys fighting racism, and even the sometimes riotous band members themselves.

Norman Nawrocki is a Montreal-based author, actor, musician, and activist who has toured the world since 1986 with his music, his poetry, and his solo, educational, anti-sexist, 'sex' comedy cabarets. He is the author of four books of poetry, has over 45 releases with his bands, and has produced two documentary videos. He gives workshops about 'creative resistance' and how to use theater, music and comedy for radical social change.

Title: The Anarchist And The Devil Do Cabaret

The Anarchist And The Devil Do Cabaret