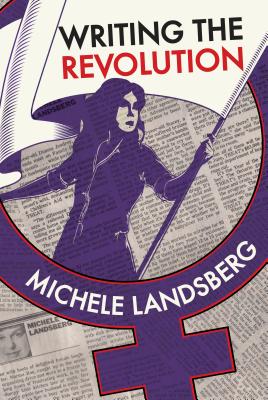 Brand new book in excellent condition in every respect. Binding is solid and square, covers have sharp corners, exterior shows no blemishes, text/interior is clean and free of marking of any kind.

On the Front Lines of the Women's Movement When Michele Landsberg's first column for the Toronto Star hit newsstands in May 1978 it was the first time a feminist interpretation of the news had made it into daily circulation in a Canadian newspaper. While not sure initially if she wanted to be the Star's "woman columnist," Michele tried to use her column as a voice for those who had none. The hundreds of letters that poured in - both those in support of what she was writing and those outraged by it - let her know that what she was doing not only mattered, it was badly needed. For twenty-five years, Michele Landsberg chronicled the lives of women, their struggles and their achievements. She became an activist in support of women's rights, childcare programs, education reform, rape crisis centres, women's work and health, and many more hotly debated issues. Her columns were a force for social and legal change - women turned to her because they knew that they could count on her to tell the real story. In Writing the Revolution Michele takes the best of those 3000 columns and uses them to reflect on the past, present, and future of women's lives in Canada. While recognizing the success of the women's movement, she knows the fight is not over. A feminist hero and an unflinching activist, Michele is an inspiration to the women who read her column, and to a passionate new generation of women who are fighting to see that the revolution continues.