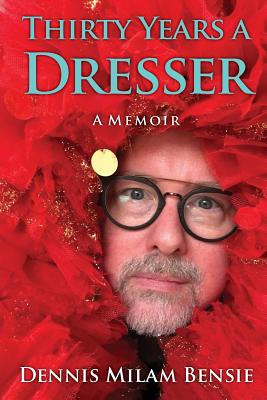 Brand new book is in excellent condition. Binding is solid and square, covers have sharp corners, exterior shows no blemishes, text/interior is clean and free of marking of any kind.

Dennis Milam Bensie sees himself as way more Thelma Ritter in Mankiewicz's All About Eve than Tom Courtney in Ronald Harwood's harrowing play and movie, The Dresser. Watching The Tony Awards as a teenager in the early 1980s, Bensie knew he wanted to be in theater. He was his own dresser for plays in high school when he learned a career as an actor wasn't for him. Costumes became his calling, at first in summer stock and gradually with union houses, wherever he could find work. A theatrical dresser is expected to be a nurse, psychologist, tailor, personal shopper, magician, bodyguard, maid, scout, and confidant. Thirty Years a Dresser is Bensie's third memoir, after Shorn: Toys to Men and One Gay American. His stories involve behind-the-scenes dish and drama during a wide range of productions: from Metamorphoses, The Light in the Piazza, Romy and Michele's High School Reunion-The Musical to The Sound of Music (three times). The author's backstage stories feature such stars as Lynn Redgrave, Rosie O'Donnell, Freddy Kruger's mother, and a Tony Award winner who shall remain nameless.