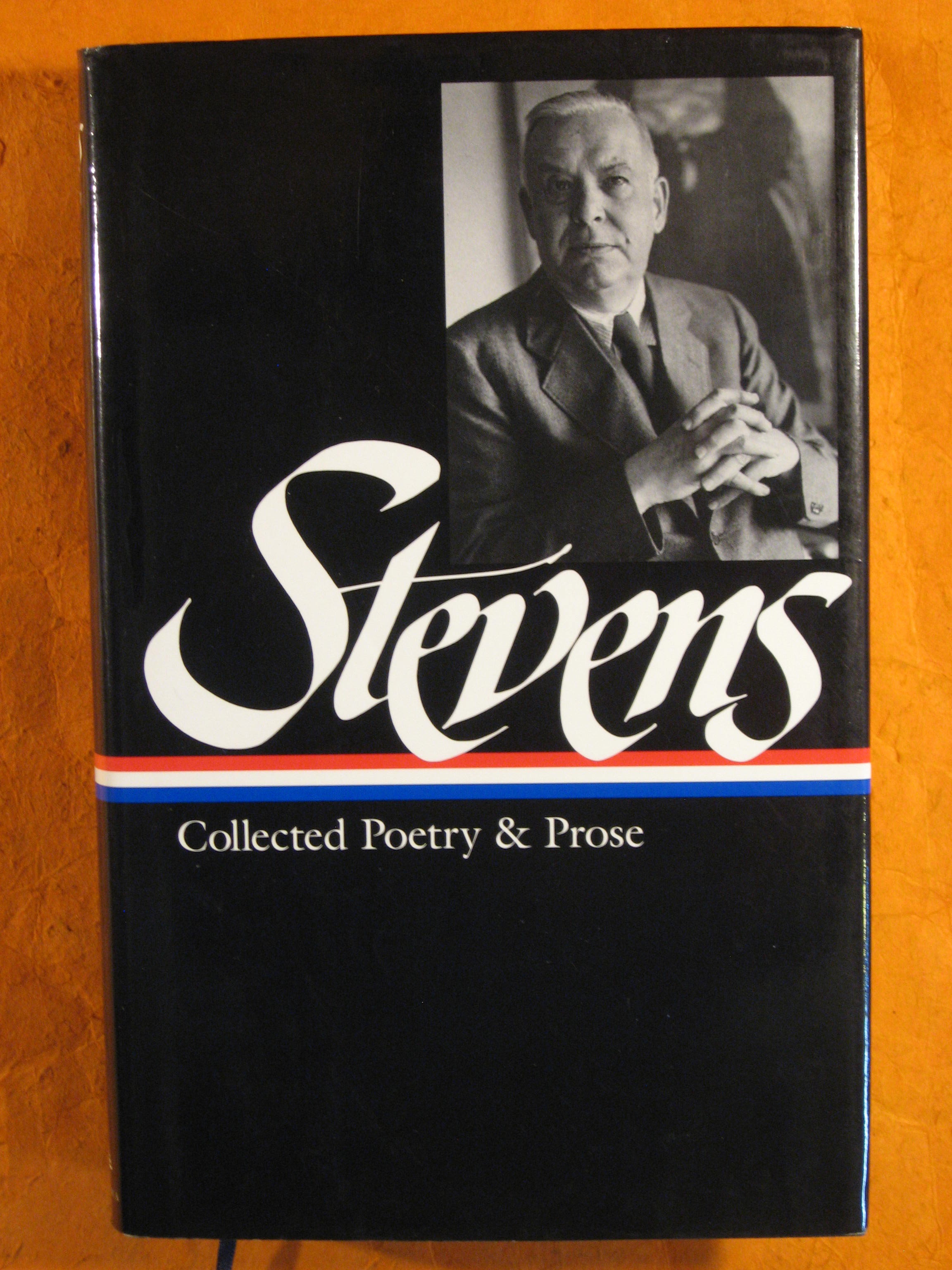 Book is in excellent condition, as new. Binding is solid and square, covers have sharp corners, exterior shows no blemishes, text/interior is clean and free of marking of any kind. Dust jacket shows the slightest signs of shelf wear only, no tears. 1031 pages on fine paper.

Wallace Stevens's unique voice combined meditative speculation and what he called "the essential gaudiness of poetry" in a body of work of astonishing profusion and exuberance, poems that have remained an inspiration and influence for generations of poets and readers. Now, for the first time, the works of America's supreme poet of the imagination are collected in one authoritative Library of America volume. Here are all of Stevens's published books of poetry, side-by-side for the first time with the haunting lyrics of his later years and early work that traces the development of his art. From the rococo inventiveness of Harmonium, his first volume (including such classics as "Sunday Morning" and "Thirteen Ways of Looking at a Blackbird"), through "Notes Toward a Supreme Fiction," "Esth tique du Mal," "The Auroras of Autumn," and the other large-scale masterpieces of his middle years, to the austere final poems of "The Rock," Stevens's poetry explores with unrelenting intensity the relation between the world and the human imagination, between nature as found and nature as invented, and the ways poetry mediates between them. The volume presents over ninety poems uncollected by Stevens, including early versions of often-discussed works like "The Comedian as the Letter C" and "Owl's Clover." Also here is the most comprehensive selection of Stevens's prose writings. The Necessary Angel (1951), his distinguished book of essays, joins nearly fifty shorter pieces, many previously uncollected: reviews, speeches, short stories, criticism, philosophical writings, and responses to the work of T. S. Eliot, Marianne Moore, William Carlos Williams, and other poets. The often-dazzling aphorisms Stevens gathered over the years are included, as are his plays and selections from his poetic notebooks. Rounding out the volume is a fifty-year span of journal entries and letters, newly edited from manuscript sources, which provide fascinating glimpses of Stevens's thoughts on poetry and the creative process. The volume also contains explanatory notes, a detailed chronology of Stevens' life, and an essay on textual selection. LIBRARY OF AMERICA is an independent nonprofit cultural organization founded in 1979 to preserve our nation's literary heritage by publishing, and keeping permanently in print, America's best and most significant writing. The Library of America series includes more than 300 volumes to date, authoritative editions that average 1,000 pages in length, feature cloth covers, sewn bindings, and ribbon markers, and are printed on premium acid-free paper that will last for centuries.