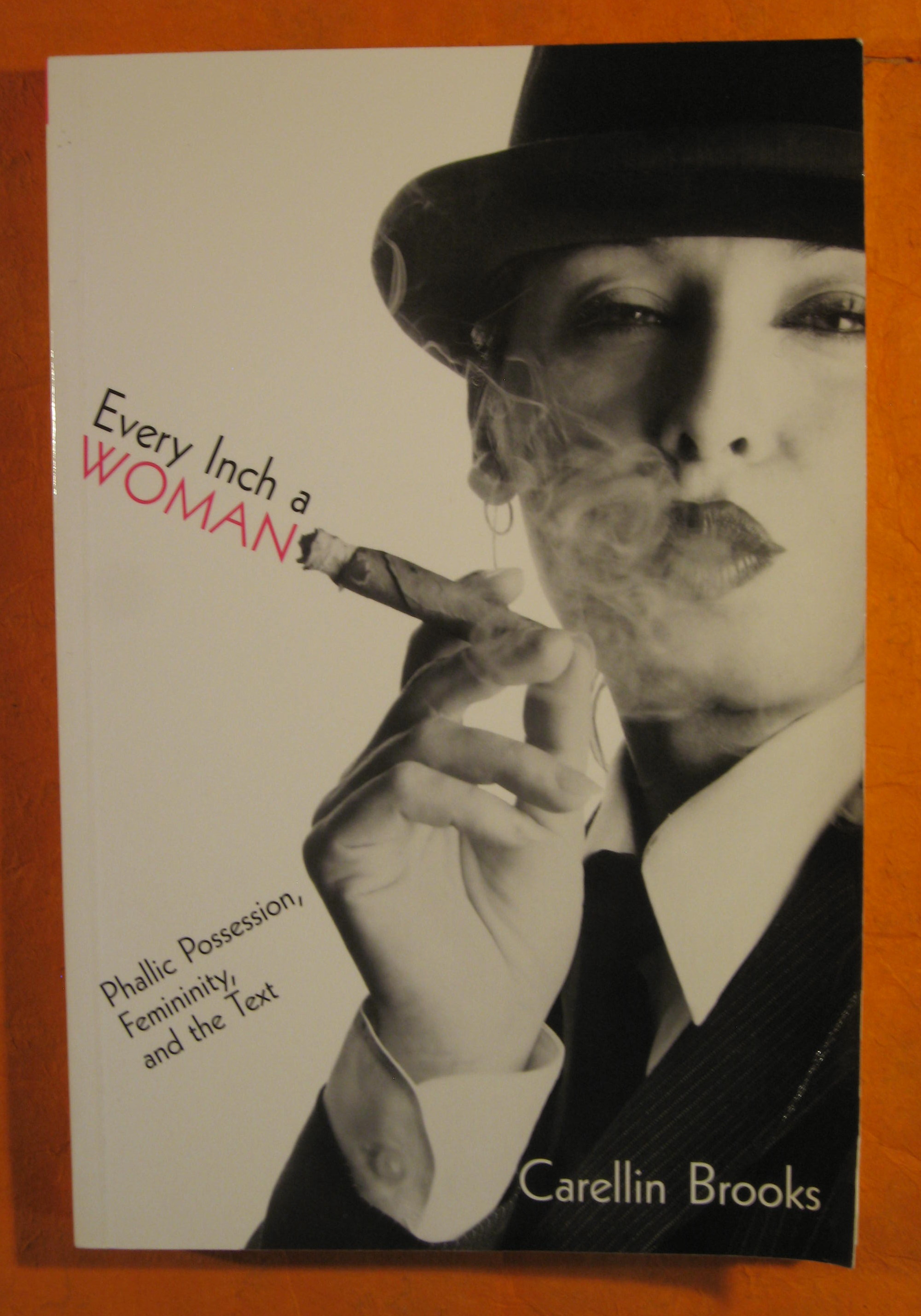 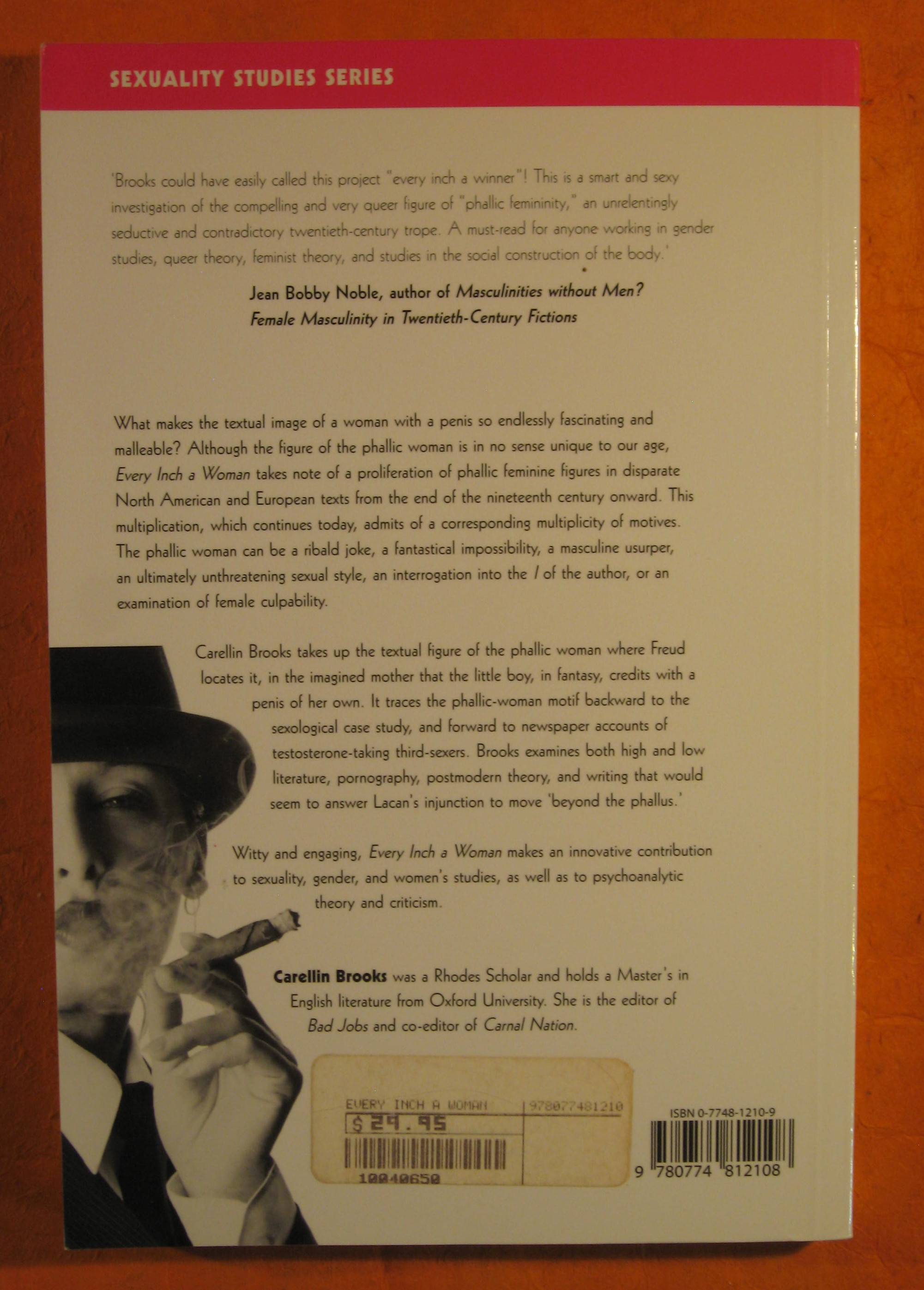 Every Inch a Woman: Phallic Possession, Femininity, and the Text

A clean, unmarked book with a tight binding. 206 pages.

What makes the textual image of a woman with a penis so compelling, malleable, and persistent? Although the figure of the phallic woman is in no sense unique to our age, Every Inch a Woman takes note of a proliferation of phallic feminine figures in disparate North American and European texts from the end of the nineteenth century onward. This multiplication, which continues today, admits of a corresponding multiplicity of motives. The phallic woman can be a ribald joke, a fantastical impossibility, a masculine usurper, an ultimately unthreatening sexual style, an interrogation into the I of the author, or an examination of female culpability.

Carellin Brooks takes up the textual figure of the phallic woman where Freud locates it, in the imagined mother that the little boy, in fantasy, credits with a penis of her own. It traces this phallic-woman motif backward to the sexological case study, and forward to newspaper accounts of testosterone-taking third-sexers. Brooks examines both high and low literature, pornography, postmodern theory, and writing that would seem to answer Lacan's injunction to move 'beyond the phallus.'

Witty and engaging, Every Inch a Woman makes an innovative contribution to sexuality, gender, and women's studies, as well as psychoanalytic theory and criticism.

Every Inch a Woman will be stimulating to serious readers of sexuality, gender, and women's studies, students and scholars of psychoanalytic theory and criticism, and those interested in gender transgression in general.

Title: Every Inch a Woman: Phallic Possession, Femininity, and the Text

Every Inch a Woman: Phallic Possession, Femininity, and the Text