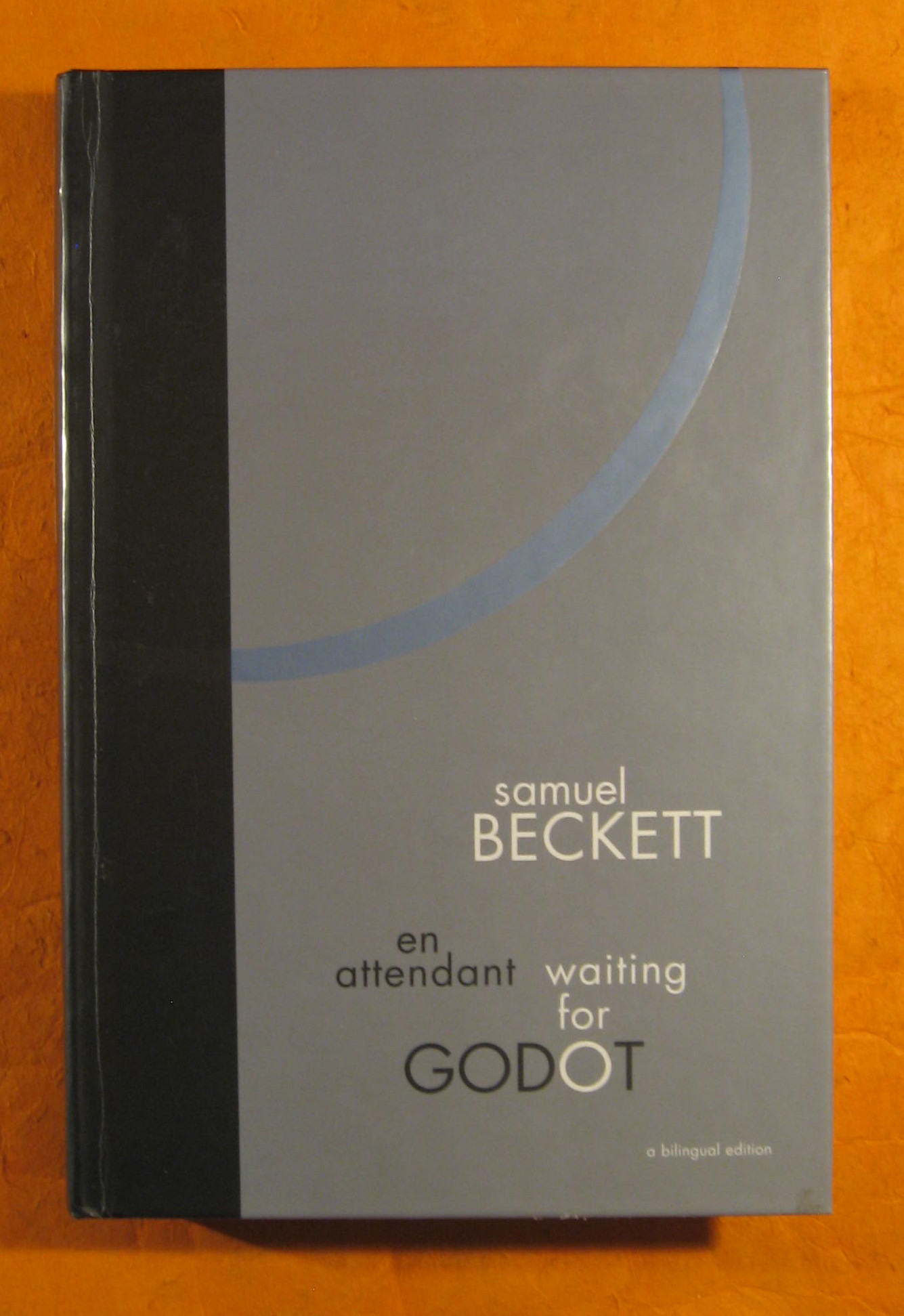 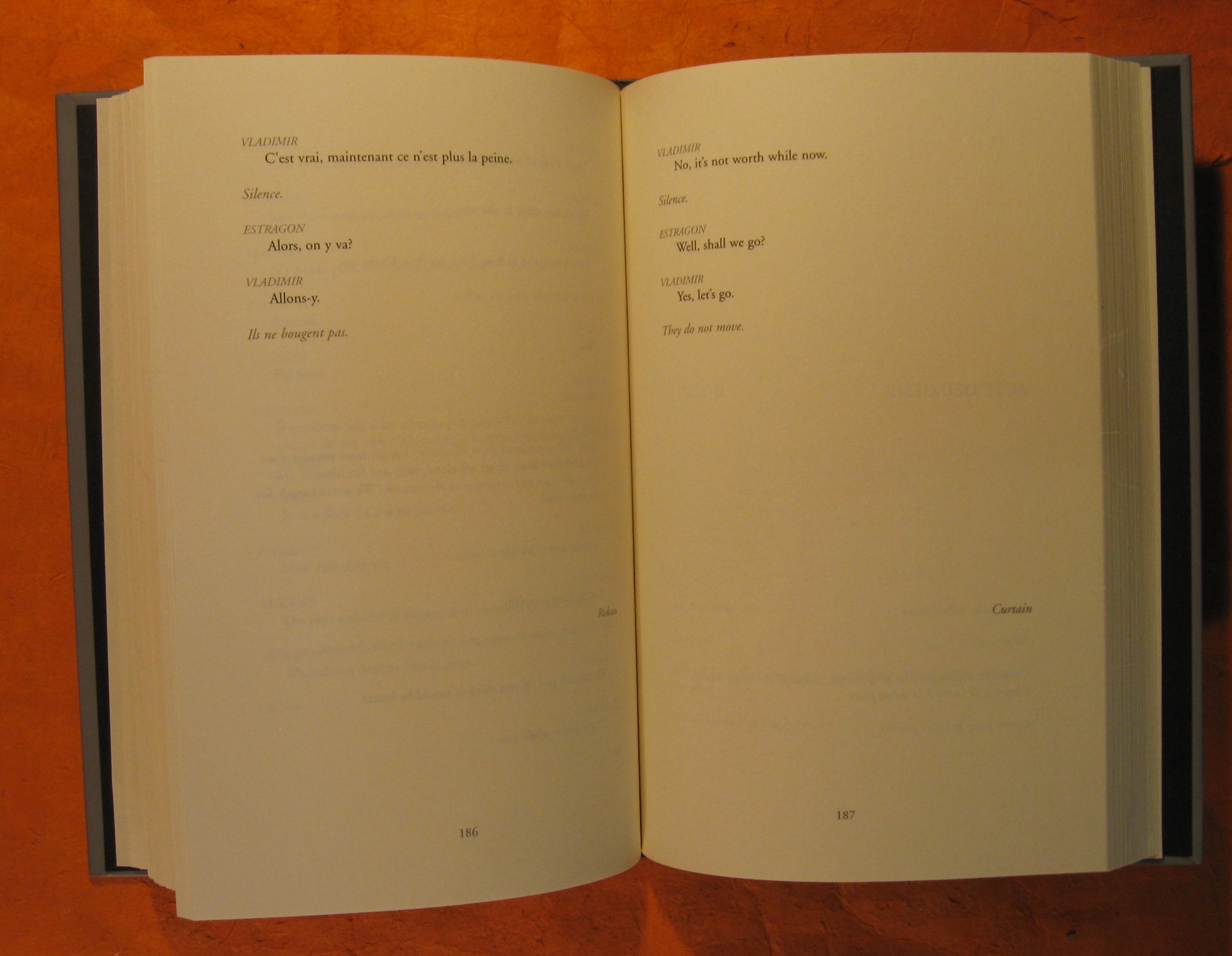 Waiting for Godot / En Attendant: A Bilingual Edition: A Tragicomedy in Two Acts

A clean, unmarked book with a tight binding. 358 pages. In French and English.

From an inauspicious beginning at the tiny Left Bank Theatre de Babylone in 1953, followed by bewilderment by American and British audiences, Waiting for Godot has become one of the most important and enigmatic plays of the past fifty years and a cornerstone of twentieth-century drama. Now in honor of the centenary of Samuel Beckett's birth, Grove Press is publishing a bilingual edition of the play. Originally written in French, Beckett translated the work himself, and in doing so chose to revise and eliminate various passages. With side-by-side text the reader can experience the mastery of Beckett's language and explore the nuances of his creativity.

Upon being asked who Godot is, Samuel Beckett told Alan Schneider, "If I knew, I would have said so in the play." Although we may never know who we are waiting for, in this special edition we can rediscover one of the most magical and beautiful allegories of our time.

Waiting for Godot / En Attendant: A Bilingual Edition: A Tragicomedy in Two Acts