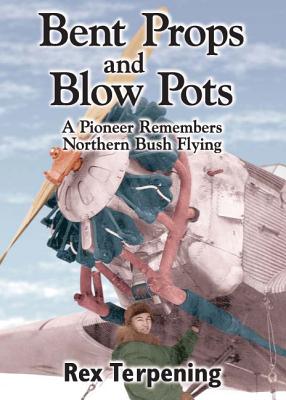 Crash landings were part of the job in the early 1930s, when Rex Terpening started out in arctic aviation. As an air engineer for Canadian Airways in the Northwest Territories, Terpening took the right-hand seat in the cockpit and flew "on operations" daily, warming the oil and the engine on winter mornings, refuelling, and inevitably mending both engine and aircraft when things went wrong.

Terpening's beat stretched from Fort McMurray to the Arctic Ocean, and his remarkable bush-flying stories tell of planes wandering lost over unmapped muskeg, perilous rescue missions to retrieve stranded missionaries, dogged searches for downed flyers lost on the Barrens and emergency landings in blizzards on nameless pothole lakes. But there is humour, too, in tales of a drunken wolverine, a planeload of rambunctious sled dogs and a trip in a tiny Fairchild with a Catholic priest and the wife of an Anglican minister. And there are vivid evocations of the sheer joy of flying over the Arctic's raw beauty.

Rex Terpening not only kept a meticulous journal from which these stories are derived, he carried his camera everywhere, snapping pictures of downed machines, their step-by-step resurrections, the men who flew them and those who fixed them. Most of those men and machines are gone now, but they live on in Bent Props and Blow Pots.