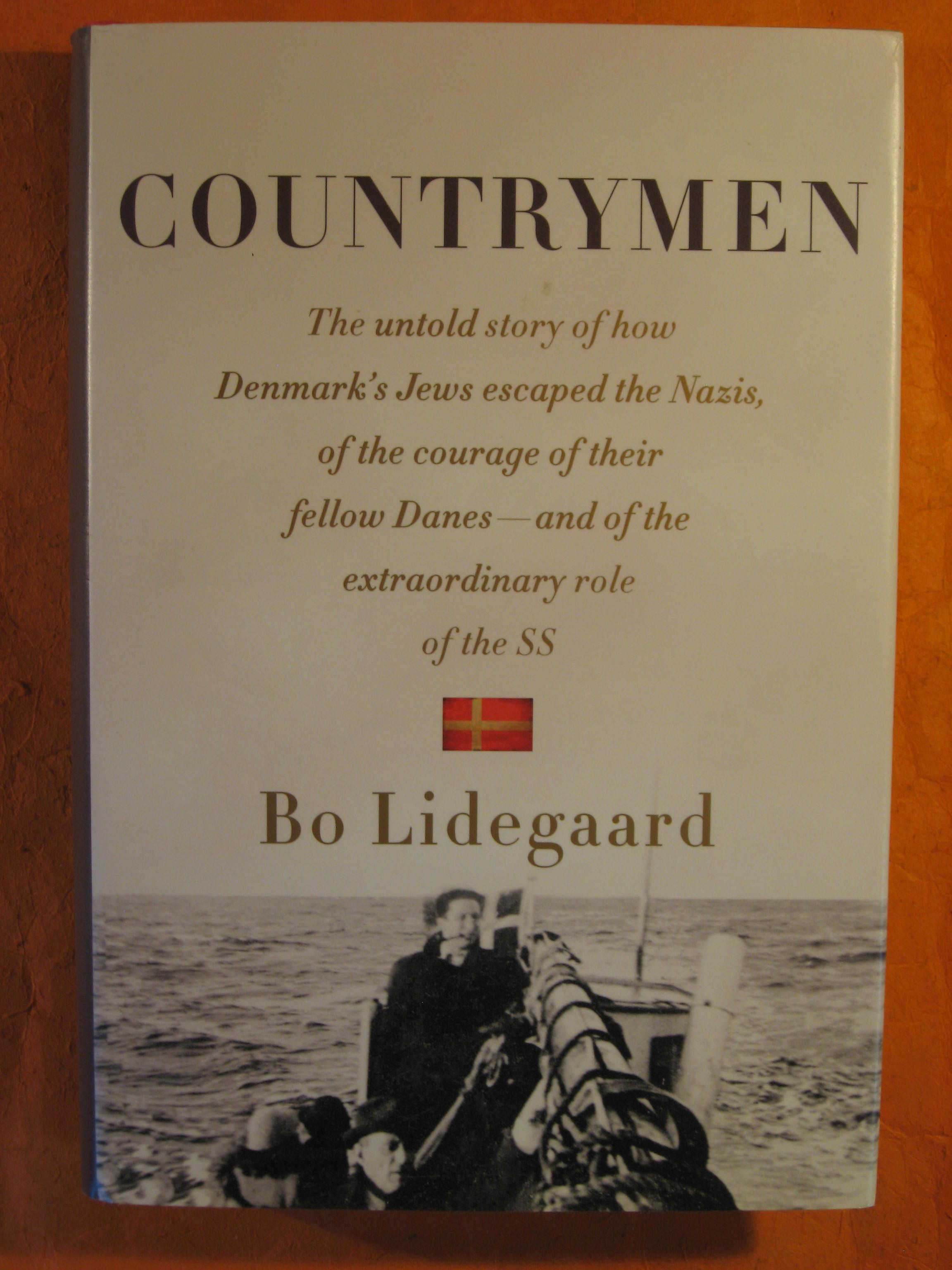 Countrymen : The Untild Story of How Denmark's Jews Escaped the Nazis, of the Courage of Their Fellow Danes -- and of the Extraordinary Rold of the S.S.

In the entire ghastly history of the Holocaust, only two "good" stories stand out, and this is one of them. Denmark, under German Occupation, but with its King and government intact, did something no other country in Western Europe even tried to do. Knowing that German command was coming in 1943 to round up their Jews
(there were 7,000 of them) for deportation to the camps, they said no. The King, his ministers, and parliament were all in agreement--those 7,000 people were theirs, they were Danes who happened to be Jewish, and nobody was going to assist in their round-up and certain death. While the government used its limited but formidable powers to manoeuver and to impede matters in Berlin, the warning went out to the Jewish community that crisis was at hand.
Over the next 14 days, assisted, helped, hidden, and protected by ordinary people who came together spontaneously to the aid of their countrymen who were suddenly refugees, an incredible 6,500 out of the 7,000 total escaped -- smuggled on big boats, little boats, fishing boats, anything that floated -- to Sweden.
The bare facts of this exodus have been known for decades but, astonishingly, no full history of it has ever been researched or written. The refugees kept diaries, letters, family accounts which have now been brought together and form the basis of this riveting account. After a powerful historical introduction, the book follows the story on a day-by-day basis. We watch and share the heartstopping experiences of real people during those fateful two weeks from September 26 to October 9, 1943. This is a story of ordinary glory, of simple courage and moral fortitude that shines out in the terrible history of the 20th century.

Title: Countrymen : The Untild Story of How Denmark's Jews Escaped the Nazis, of the Courage of Their Fellow Danes -- and of the Extraordinary Rold of the S.S.

Description: Book is in excellent condition, showing light use only. Binding is solid and square, covers have sharp corners, exterior shows no notable blemishes, text/interior is clean and free of marking of any kind. Dust jacket shows the slightest signs of shelf wear only, no tears. 397 pages. "(In 1943, anticipating) that the German occupying powers would soon issue the long-feared order to round up the entire population of Jews for deportation to concentration camps, the Danish people stood up in defiance and resisted. The king, politicians, and ordinary civilians were united in their response - these treatened people were not simply Jews but fellow Danes who happened to be Jewish, and no one would help in rounding them up for confinement and deporation. Over fourteen harrowing days, as they were helped, hidden, and protected by ordinary people who spontaneously rushed to save their fellow citizens, an incredible 7,742 out of 8,200 Jewish refugees were smuggled out all along the coast - on ships, schooners, fishing boats, anything that floated - to Sweden. Unfolding on a day-to-day basis, 'Countrymen' brings together accounts written by individuals and officials as events happened, offering a comprehensive overview that underlines occupied Denmark's historical importance to Hitler as a prop for a model Nazi state and revealing the savage conflict among top Nazi brass for control of the country."

Countrymen : The Untild Story of How Denmark's Jews Escaped the Nazis, of the Courage of Their Fellow Danes -- and of the Extraordinary Rold of the S.S.