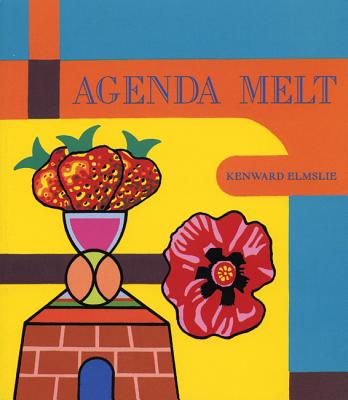 Book is in excellent condition, as new. Binding is solid and square, covers have sharp corners, exterior shows no blemishes, text/interior is clean and free of marking of any kind. 62 pages. Illustrated by Trevor Winkfield. Limited edition: 1/750 Kenward Elmslie's poetry and prose is often combined with the graphical work of other artists. A collection of his writing, Motor Disturbance (1971), won the Frank O'Hara Award for Poetry in 1971. He was awarded the National Endowment of the Arts Award for Power Plant Sestina (1967) and the Ford Foundation Grant. In 1973 Elmslie began work as editor and publisher of Z Magazine and Z Press, working to promote the work of other New York School artists such as John Ashbery, Ron Padgett, James Schuyler, and perhaps most extensively, Joe Brainard. Elmslie’s work with graphic artists such as Brainard combined poetry with art to emphasize their interconnectedness; his work in theatre demonstrates his commitment to art as a whole, not only to one medium.

A capacious tent of splendor in a gender veldt, "Agenda Melt," Elmslie's third book with visuals by Trevor Winkfield, juxtaposes new poems and theatre lyrics culled from his musicals: "The Grass Harp," cult classic, and three works-in-progress--"Lola," "Night Emerald," and "Lingo Land," a revue of his songs and poems in which he is slated to make his off-Broadway debut. His recent books include "Cyberspace" (Granary Books) and "Snippets" (Tibor de Nagy Editions), both with Winkfield artwork, "Blast from the Past" (Skanky Possum Press), "Postcards on Parade," a musical play (Bamberger Books) and "Routine Disruptions" (Coffee House Press).
"There's a lot of heart in his poems--really these songs, because they come from a ranging mastery of everything from classical opera to old-time Country Western. Kenward Elmslie tells the insistent tales of our tribe with great humor and seemingly endless invention."--Robert Creeley.