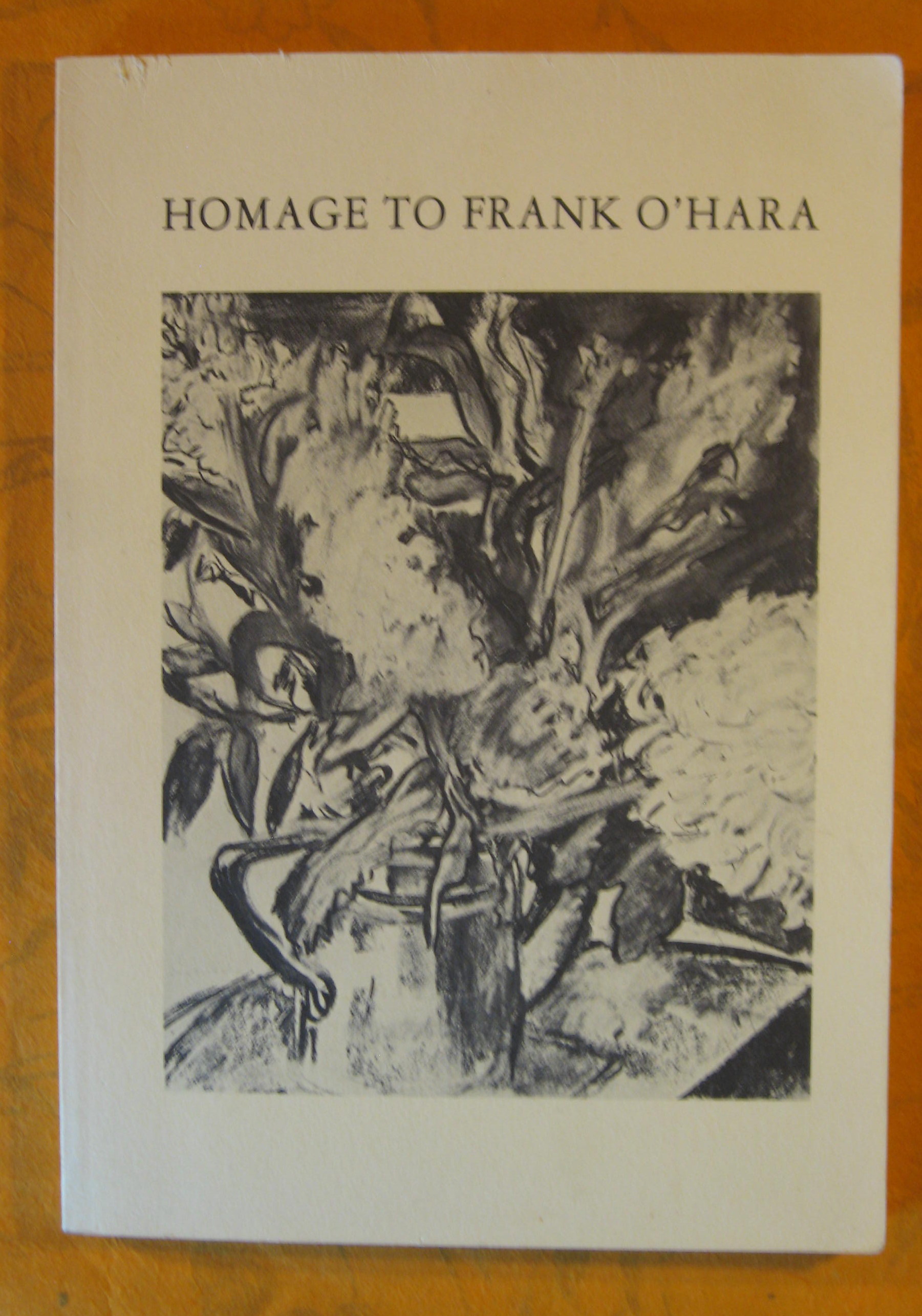 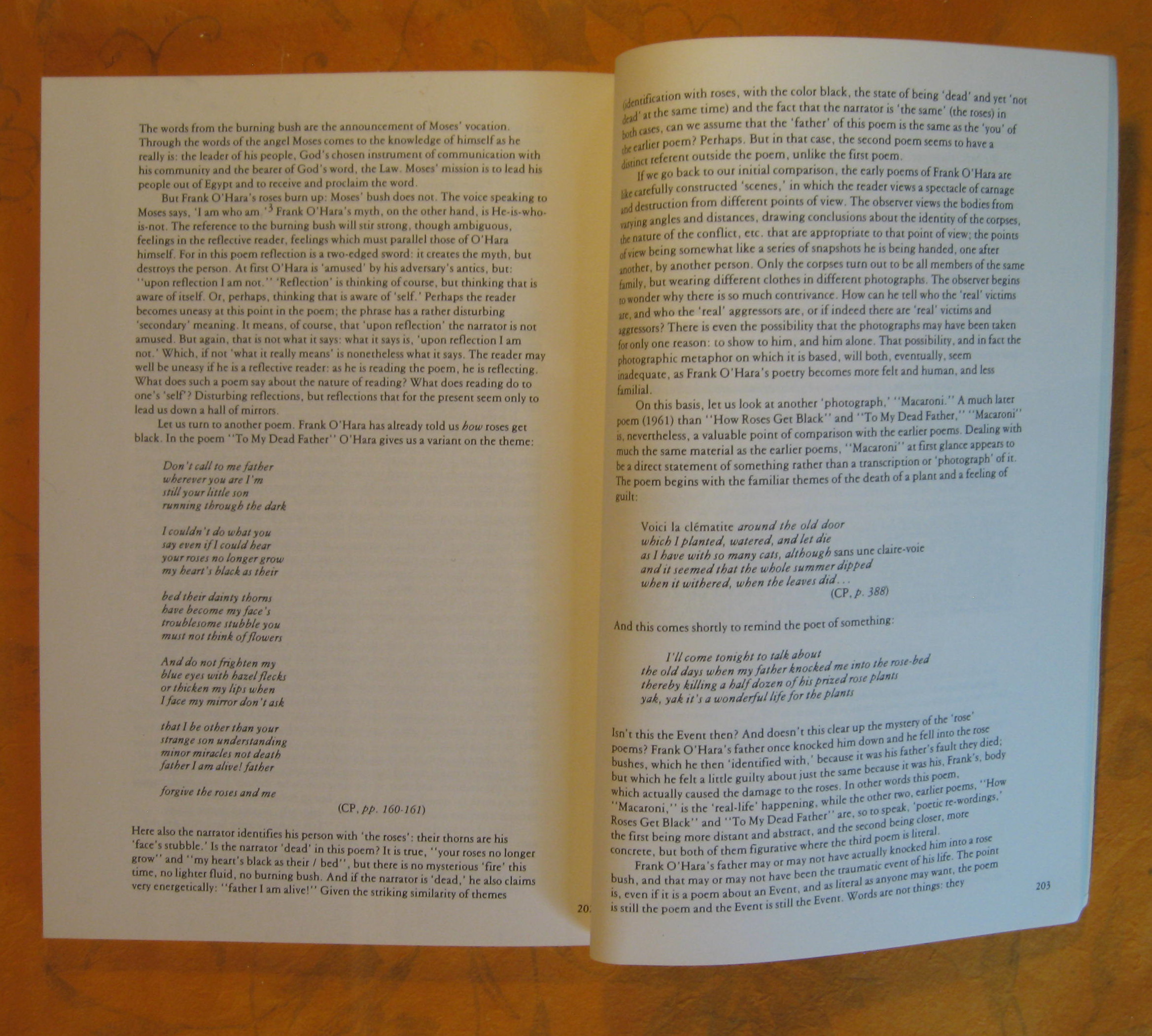 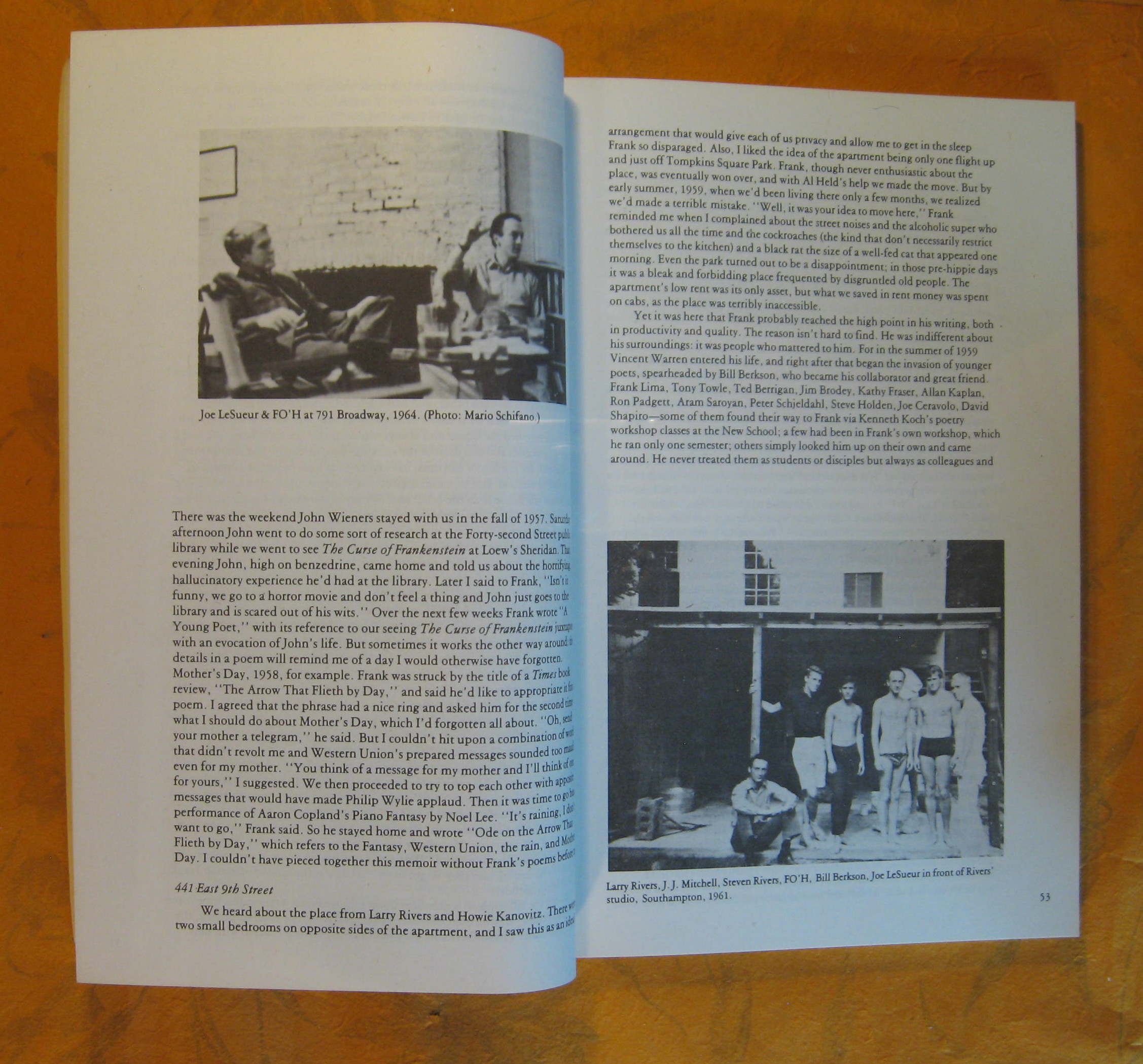 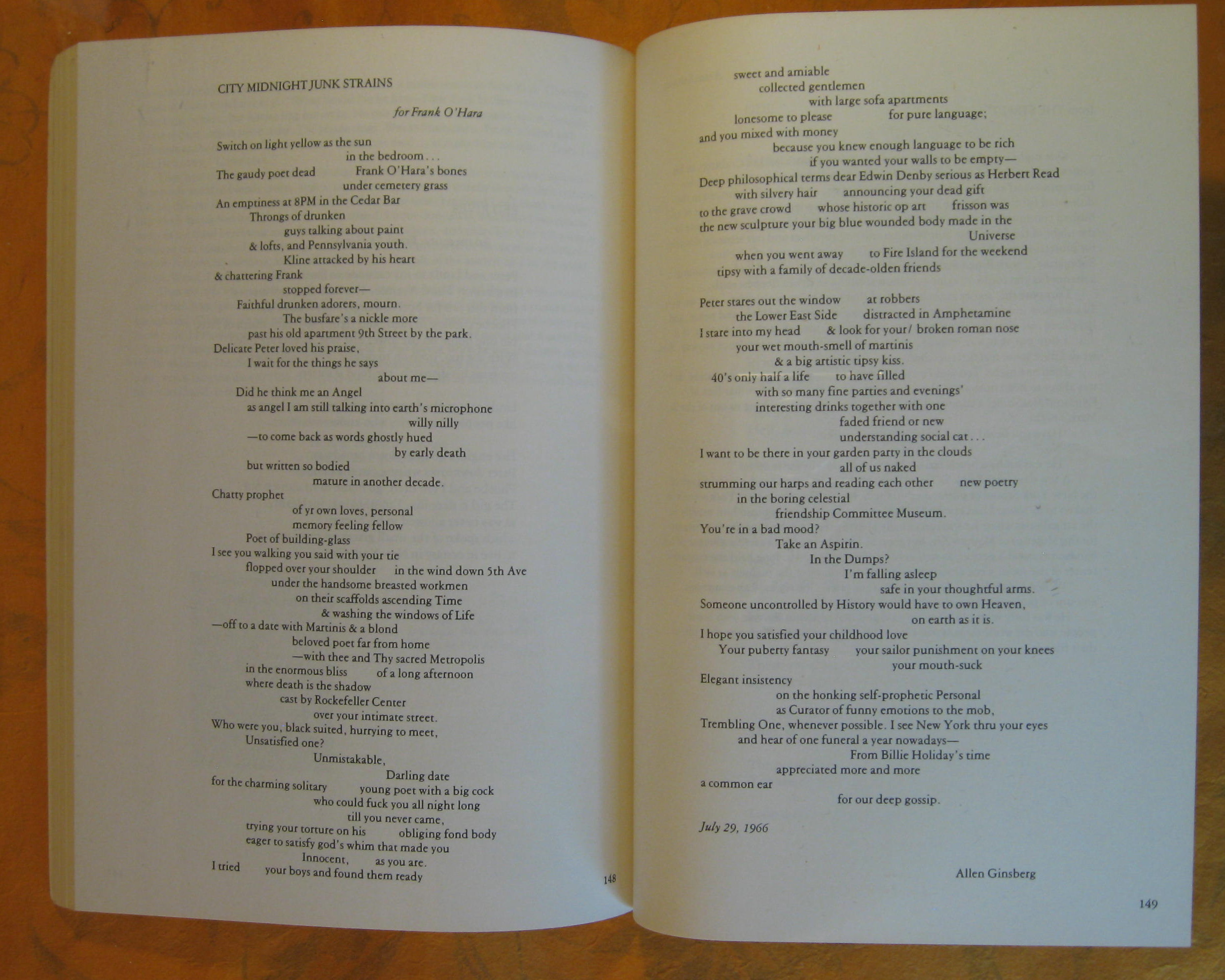 Book shows light cover wear only. Text/interior is clean and free of marking of any kind. 224 pages with many b&w photos from Mr. O'Hara's childhood and life, prints of works dedicated to him. This is the corrected 3rd Edition of the work originally published as the combined eleventh and twelfth issue of Big Sky Magazine, devoted to a tribute to Frank O'Hara with a diverse and extensive list of contributors. Text/interior is clean and free of marking of any kind. Frank O'Hara was a dynamic leader of the "New York School" of poets, a group that included John Ashbery, Barbara Guest, Kenneth Koch, and James Schuyler and the abstract expressionist painters in New York City during the 1950s and 1960s such as Larry Rivers, Jackson Pollock, and Jasper Johns. He was a poet, writer and art critic, long time front desk person and then curator at the N.Y. Museum of Modern Art.

Poetry. Memoir. A scrapbook-style homage to the one of the great American poets of the 20th century, including poems, tributes and reminiscences by many of those who knew O'Hara best, including Robert Duncan, Allen Ginsberg, John Wieners, Kenward Elmslie, Ted Berrigan, Elaine de Kooning, Philip Guston, Joe Brainard and many others. Includes a rich array of black and white photographs. Edited by Bill Berkson and Joe LeSueur, two of O'Hara's most intimate friends.