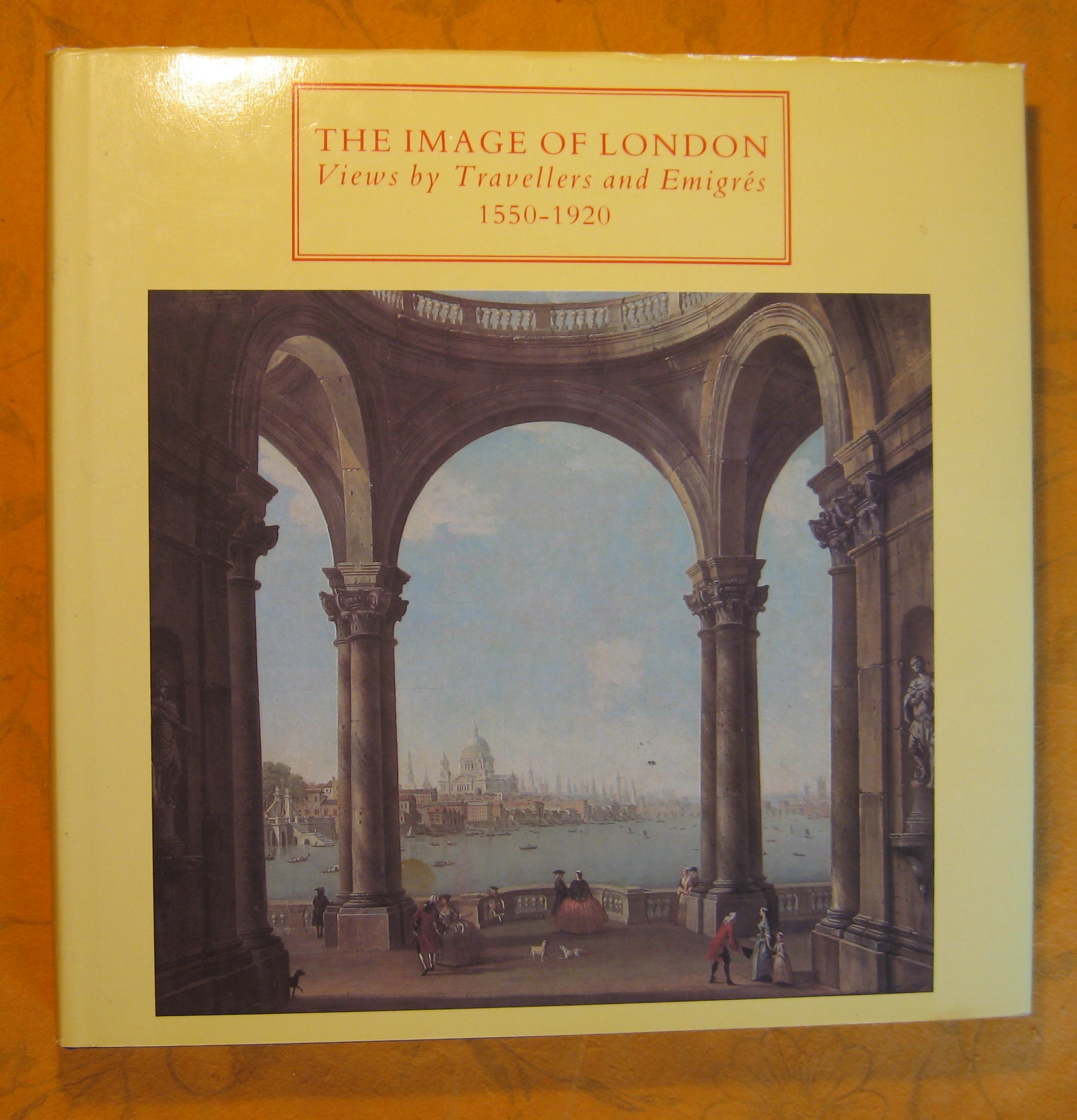 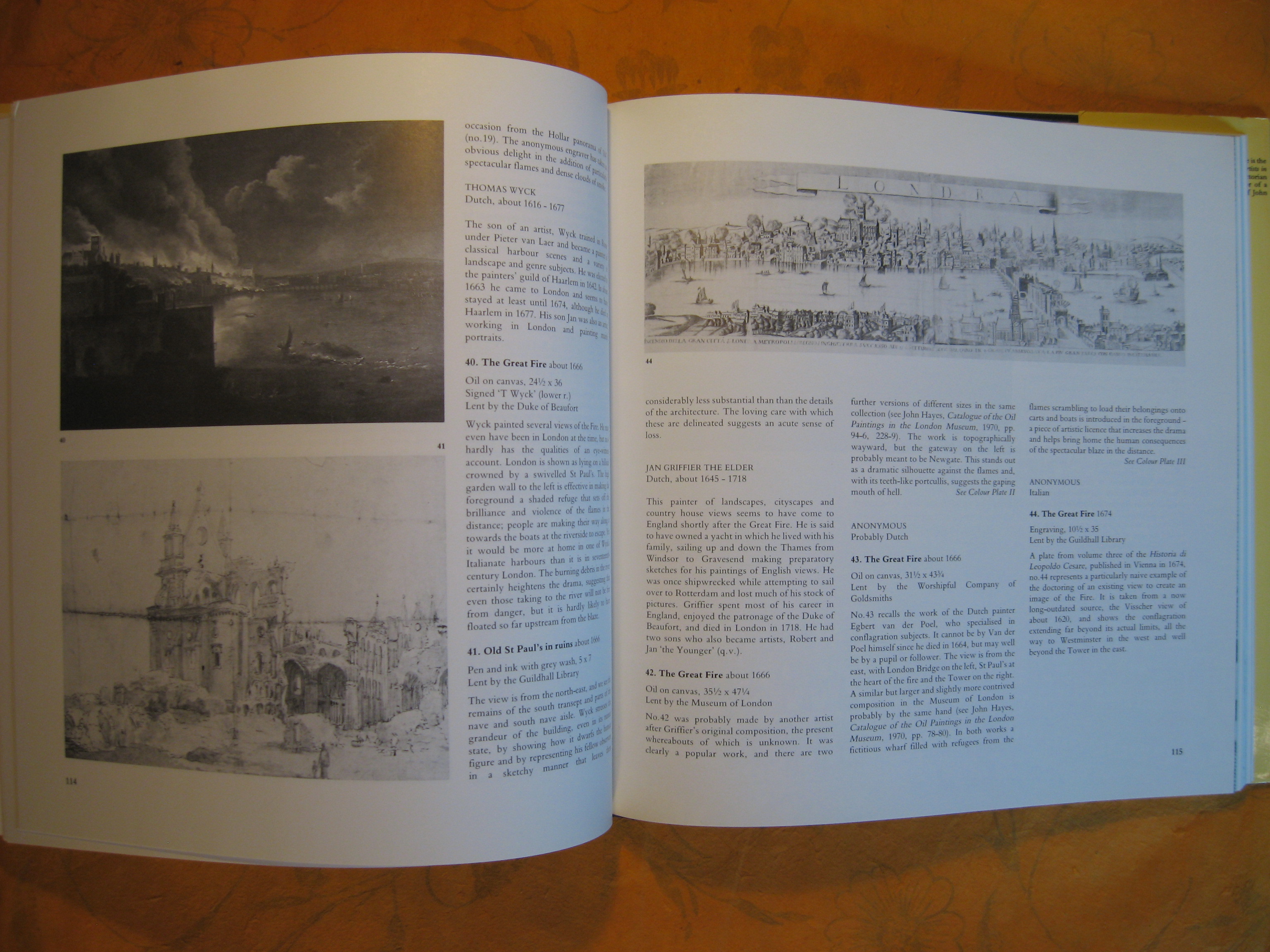 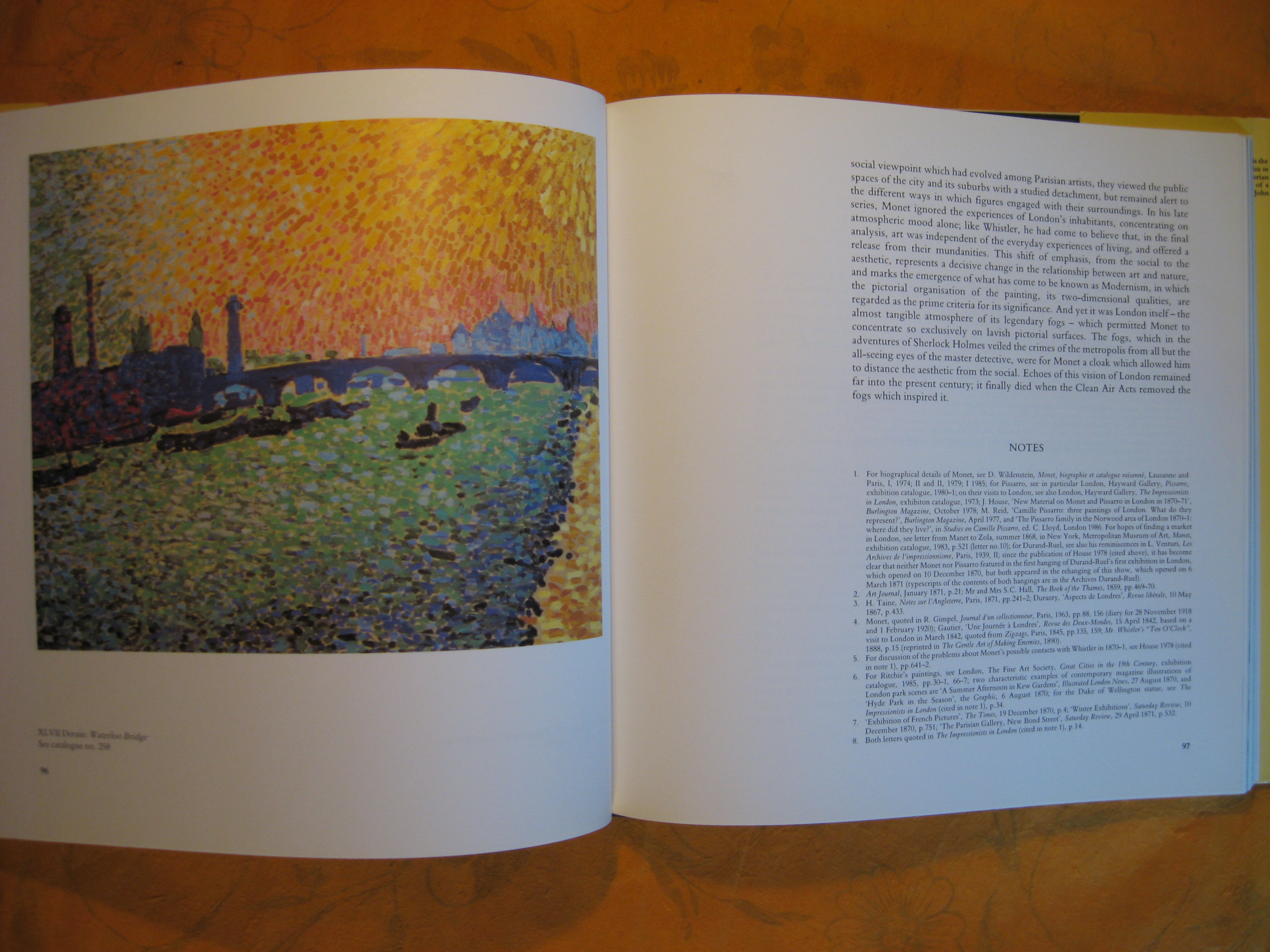 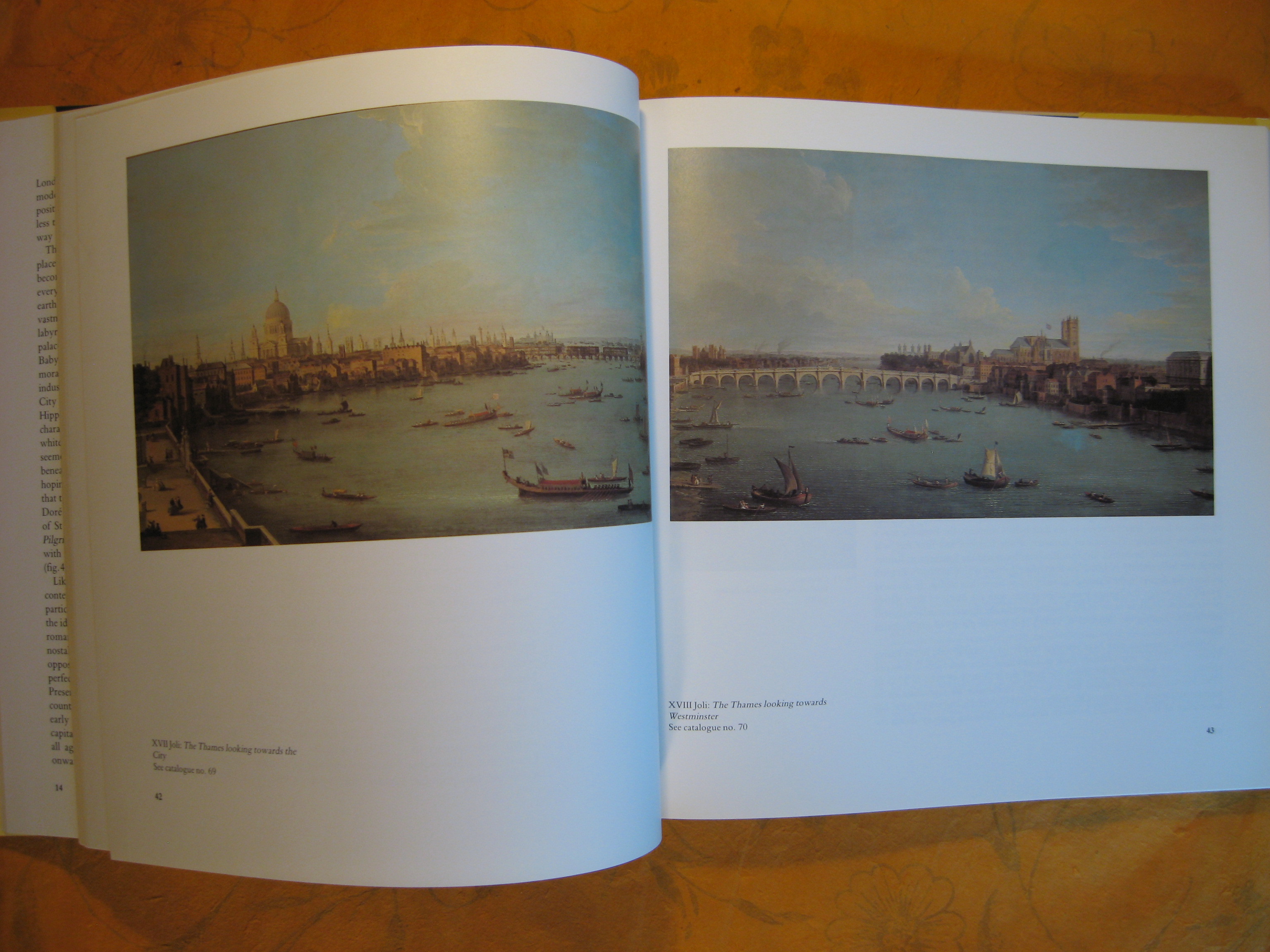 Exhibition catalogue for the show at the Barbican Art Gallery with the title of the same name. Book is in excellent condition in black cloth with gilt print at spine, large oblong format. Binding is solid and square, covers have sharp corners, exterior shows no blemishes, text/interior is clean and free of marking of any kind. Dust jacket shows the slightest signs of shelf wear only, no tears. 191 pages with large prints in color, some b&w throughout. From the preface: "Over the centuries London has been visited by many artists from abroad and this exhibition is an attempt to illustrate how each visitor has in turn found inspiration from the city. The exhibition interprets this 'image' of London, reveals how the city has changed through four hundred years, and explores the idea of the city in the mind of the visitors and their response to it. Wyngaerde was the earlist artist to attempt to represent the city with relative accuracy. He conceived London as a great Gothic city with many towers and spires. Thomas Wyek may have witnessed the Great Fire, and he certainly painted several views of it. After the Fire, London was rapidly rebuilt and expanded. The subsequent completion of the new cathedral and the City's increasing commercial success attracted many traveller-artists. With its bustling market, Covent Garden was a favourite subject of the 18th-century artists such as Van Aken and Angillis. By contrast the serene Thames views of Canaletto and Joli recall Venice, and their interpretation of London as a city of grace and enlightenment seem more in keeping with the neo-classical order that fashioned the second half of the 18th Century. In the 19th Century artists began to depict the darker side of London. Focusing upon scenes of labour, poverty and suffering in an oppressive industrial environment, Gricault and Dor portrayed the Babylonian image of London. Nevertheless, Victorian London was also shown as a city of success and wealth. The river scenes of Whistler, and the busy, yet fashionable Street scenes of Bianche, Tissot and De Nittis represent it as essentially a hive of activity, business and busy-ness. Wistler and Monet were also inspired by the atmosphere of London, the foggy and nocturnal views ...