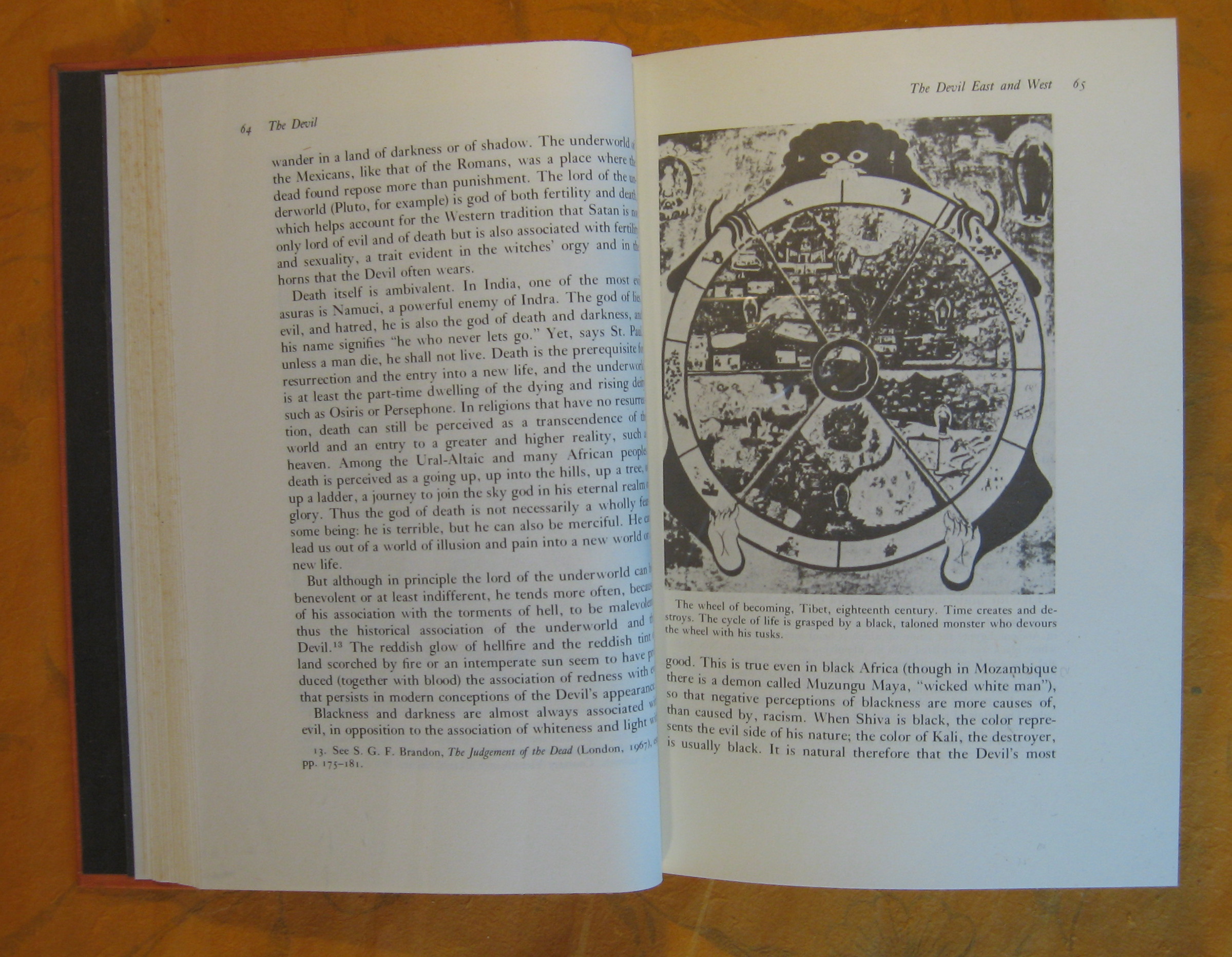 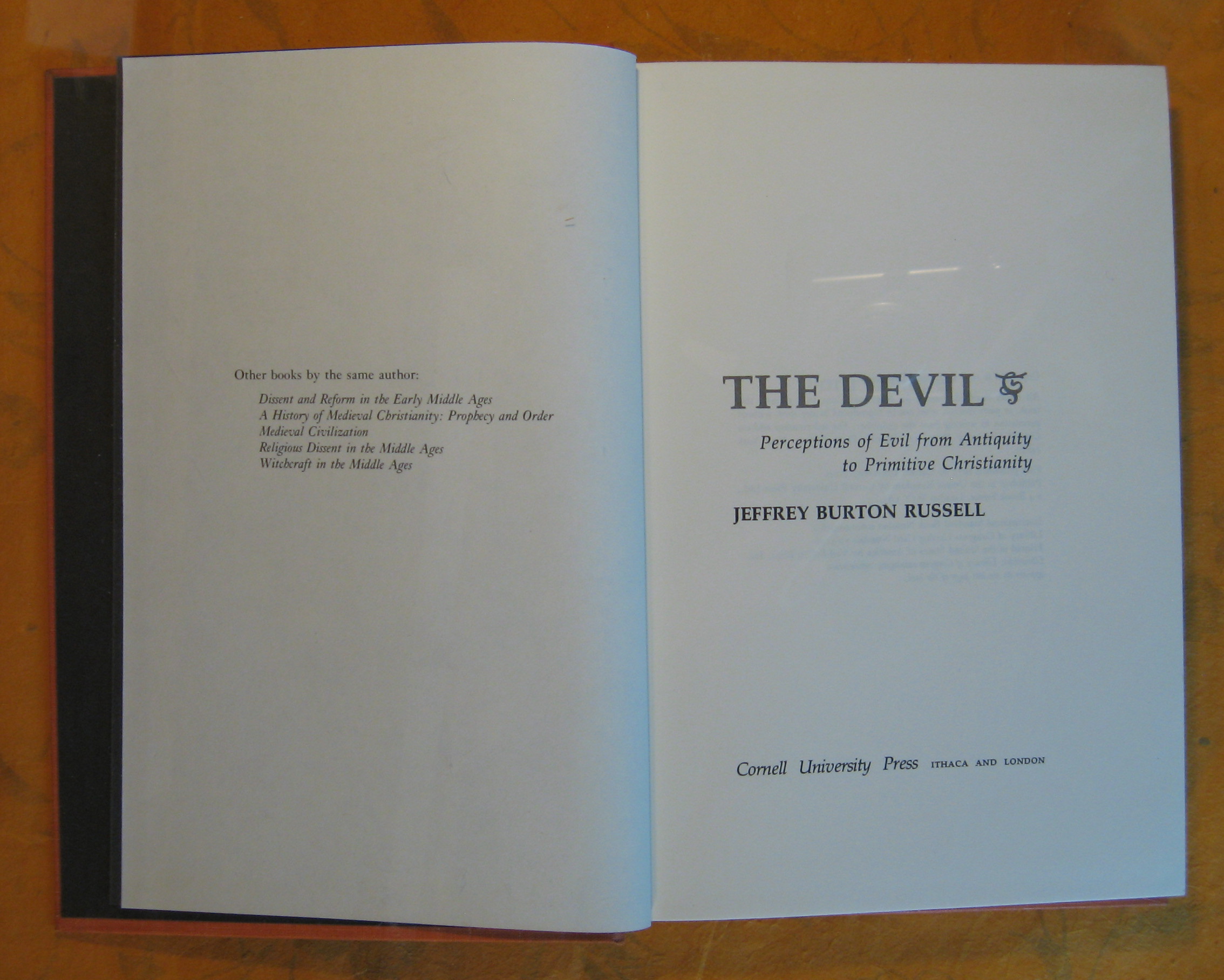 The Devil: Perceptions of Evil from Antiquity to Primitive Christianity

Book is in excellent condition, spine is slightly sunned, page ends foxed, otherwise very clean with bright orange hardback covers. Musty odor. Binding is solid and square, covers have sharp corners, exterior shows no other blemishes, text/interior is clean and free of marking of any kind. 277 pages with a great many b&w illustrations. Chapters include: The devile east and west, Evil in the classical world, Hebrew personifications of evil, The face of the devil

"Evil--the infliction of pain upon sentient beings--is one of the most long-standing and serious problems of human existence. Frequently and in many cultures evil has been personified. This book is a history of the personification of evil, which for the sake of clarity I have called 'the Devil.' I am a medievalist, but when I began some years ago to work with the concept of the Devil in the eleventh and twelfth centuries, I came to see that I could not understand the medieval Devil except in terms of its historical antecedents. More important, I realized that I could not understand the Devil at all except in the context of the problem of evil. I needed to face the issue of evil squarely, both as a historian and as a human being."--from the Preface

This lively and learned book traces the history of the concept of evil from its beginnings in ancient times to the period of the New Testament. A remarkable work of synthesis, it draws upon a vast number of sources in addressing a major historical and philosophical problem over a broad span of time and in a number of diverse cultures, East and West. Jeffrey Burton Russell probes the roots of the idea of evil, treats the development of the idea in the Ancient Near East, and then examines the concept of the Devil as it was formed in late Judaism and early Christianity.

Generously illustrated with fifty black-and-white photographs, this book will appeal to a wide range of readers, from specialists in religion, theology, sociology, history, psychology, anthropology, and philosophy to anyone with an interest in the demonic, the supernatural, and the question of good and evil.

Title: The Devil: Perceptions of Evil from Antiquity to Primitive Christianity

The Devil: Perceptions of Evil from Antiquity to Primitive Christianity