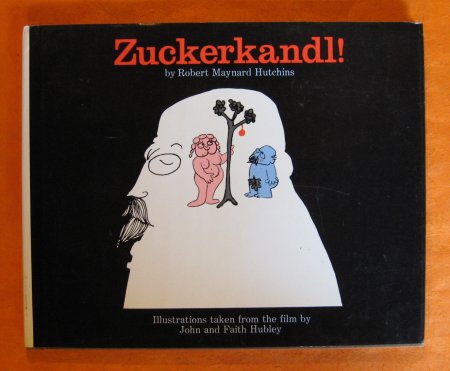 A clean, unmarked book with a tight binding. Unpaginated. Full brown cloth boards with gilt illustration. Edge wear to cover. "The book profiles the philosophy of the fictitious Austrian thinker Dr. Alexander Zuckerkandl and satirizes his philosophy of disentanglement. Resembling a fairy tale in form, Zuckerkandl! has been interpreted as a parody of Freud. As such, it blames Zuckerkandl and by extension Freud for the ills of modern society." [Wikipedia]
View More...